Vice President Mike Pence on Wednesday said he would refuse President Donald Trump’s request that he try to block the confirmation of Joe Biden’s election as the next president of the United State by Congress.

Pence’s statement breaking with Trump came minutes before the vice president was due to preside over a joint session of Congress, which is meeting to declare Biden the victor.

The statement confirms the view of election experts: that the vice president has no power under the Constitution to refuse to accept the certification of presidential election results from individual states.

As Pence released his statement, Trump was speaking at a rally outside of the White House, where he reiterated his call that the vice president undo Biden’s election. 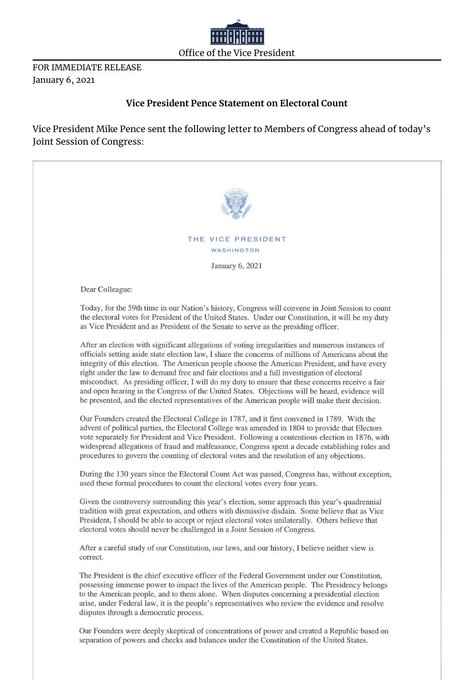 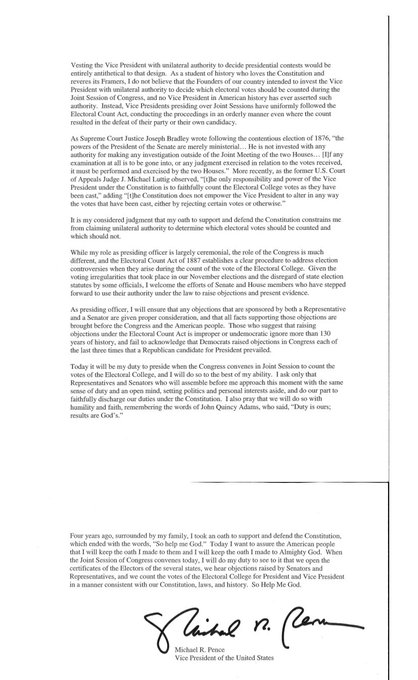