President Trump on Wednesday acknowledged reports of impending violence pegged to the inauguration — which include armed protests at all 50 state capitols — urging “all Americans” to avoid acts of violence.

“In light of reports of more demonstrations, I urge that there must be NO violence, NO lawbreaking and NO vandalism of any kind,” the president said in a statement. “That is not what I stand for and it is not what America stands for. I call on ALL Americans to help ease tensions and calm tempers. Thank You.” 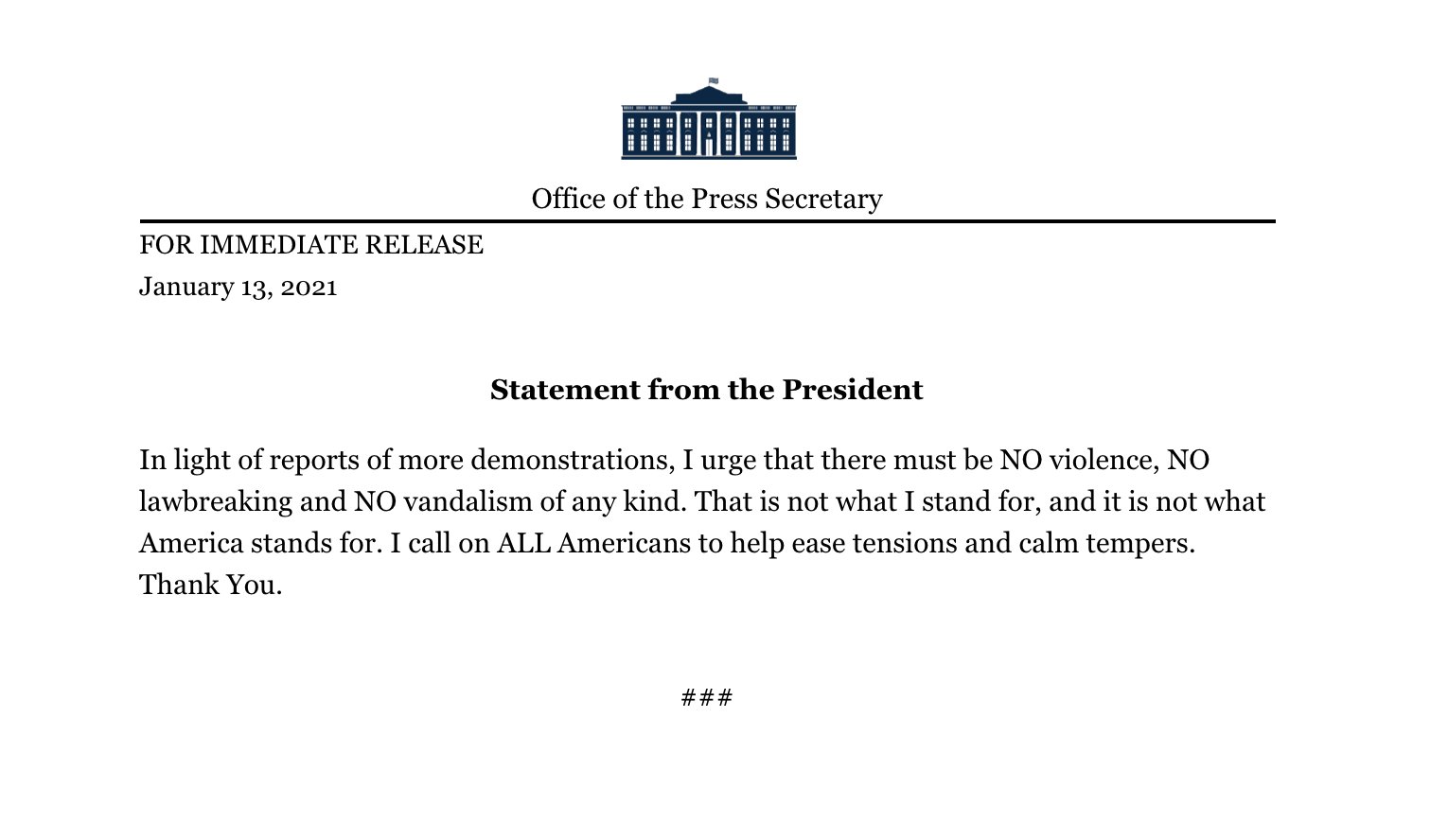