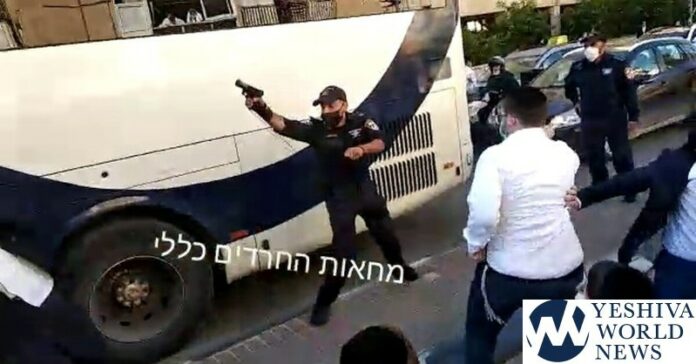 Well-known Chareidi journalist Yanky Farber went on i24 News on Sunday, and blasted Israel Police for using extreme force against Chareidim the past few days.

YWN notes that Farber is a long-time resident of Bnei Brak, who served time in the IDF.

Farber says that he watched the video of the police officer in Bnei Brak pull out his gun and fire rounds into the air.

“He was surrounded by some kids, not violent people. He was a little nervous, and took out his weapon and he shot into the air”, Farber says.

“Let me tell you, I was in much more complicated, dangerous situations when I was in the IDF, and I never took out my weapon.”