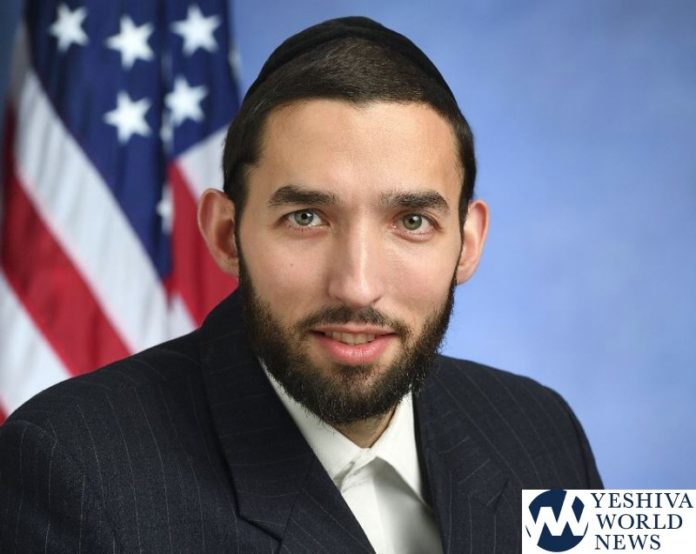 In an interview with the Gothamist last week, Susan Lerner, Executive Director of Common Cause NY, spoke about the proposed Rank Choice voting system, and singled out New York City’s ‘Orthodox Jewish’ community as an “extremist bloc.”

The comment was not only untrue but also inflammatory and derogatory to the city’s Jewish community. Assemblyman Simcha Eichenstein, who represents Boro Park and parts of Midwood, was outraged at the implications of Lerner’s comments and called her out on Twitter.

“How is it acceptable,” tweeted Eichenstein, “for the NY chapter Executive Director to refer to Orthodox Jewish New Yorkers as an extremist bloc? You claim to be an organization that promotes equal rights, opportunity, and representation for all.” Eichenstein demanded that Lerner apologize and clarify her statements or resign from her position.

How is it acceptable for the NY chapter Executive Director to refer to Orthodox Jewish New Yorkers as an “extremist bloc”???

You claim to be an organization that promotes “equal rights, opportunity, and representation for all.” pic.twitter.com/HcWztRafI9

Eichenstein’s comments were retweeted widely on social media, as many political leaders joined him in speaking out against Lerner’s comments. Congressman Ritchie Torres tweeted, “Calling Orthodox Jews an “extremist bloc” is appalling and antisemitic. It should be possible to disagree on policy without demonizing a whole class of people.”

State Senator Brian Benjamin tweeted, “We cannot accept labeling the Orthodox community as ‘extremists’. Those running good government groups should know better than anyone not to traffic in stereotypes or stigmas.”

City Councilman Robert Cornegy Jr. tweeted, “New York’s vibrant Orthodox community is in no way “extremist”. In 2021 in NYC we should be healing and bringing people together not fomenting division and stereotypes.”

But instead of apologizing, Lerner doubled down on her statements. “Happy to clarify,” she tweeted, adding that the yeshiva system is “flouting the NYS substantial equivalency law,” which she calls an “extreme position.”

You called our entire community an “extremist bloc.” Had a chance to apologize. Instead, you doubled down on your hate.

If I called an ethnic group an “extremist bloc” you'd call for my resignation. There should be no place for bigoted hate @CommonCause. Resign. https://t.co/i8i5teyboA

The pressure is mounting against Lerner as Executive Director of Common Cause NY to apologize or to resign, and Assemblyman Eichenstein is not backing down, telling Yeshiva World News “Susan Lerner is trying to paint a picture of a city that has on its fringes a group of ‘crazies’. This is unacceptable. This is divisive bigoted language. Let’s be honest, had Lerner said this about any other ethnic group in NYC, there would be protests today calling for her resignation.”