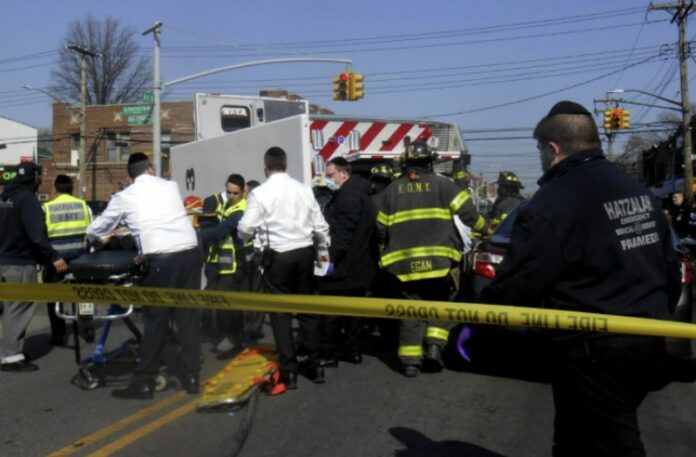 One person died and several others were injured after a Canarsie Hatzolah ambulance collided with another vehicle in Brooklyn.

According to police, the accident occurred at about 4:00PM at Avenue N and Schenectady Avenue in the Flatlands section of the borough.

The Hatzolah ambulance was transporting a 95-year-old woman when it collided with a 2002 Nissan Maxima going in the opposite direction and flipped onto its side.

Sources tell YWN that the woman was in cardiac arrest prior to the crash with CPR being performed.

The woman was taken to a hospital where she passed away from her cardiac arrest. Six members of the EMS crew, a 67-year-old man riding in the ambulance and two people riding in the Maxima were treated for minor injuries.