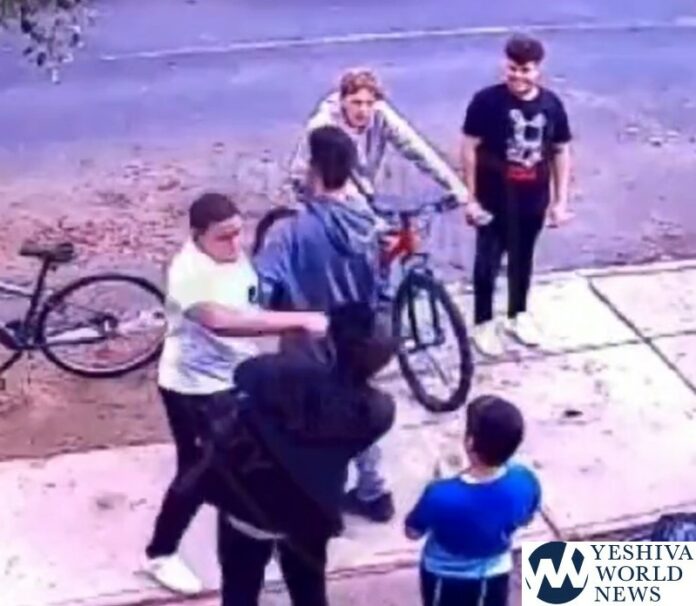 A Jewish teen was punched in the face on Sunday, and Boro Park Shomrim and the NYPD are looking for the suspect.

Sources tell YWN that the group of teens approached the victim at around 4:20PM on Ditmas Avenue and East 3rd Street. One of the teens began asking him questions and then a suspect in a white shirt punched the victim in the face. The group immediately fled the scene.

Boro Park Shomrim and the NYPD responded, and canvassed the area, but unfortunately, the suspects were no where to be found.

Hatzolah responded to the scene and treated the victim for facial trauma.

NYPD Detectives are investigating the incident, which does not appear to be a hate crime at this time.

The suspect in the white T-shirt is #Wanted for assaulting a 14 year old on East 3rd Street in the #Kensington area. If seen or you can ID him, call @NYPD66Pct Detective Squad 718-851-5603 and the #Shomrim hotline 718-871-6666. #YourCityYourCall #LetsCatchHim pic.twitter.com/TYx6uWO3fr