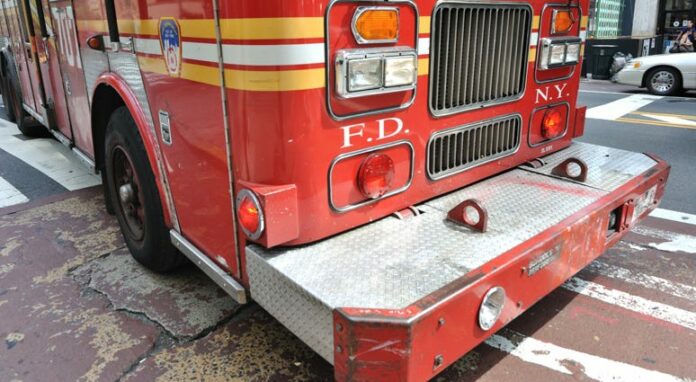 Twenty-six New York City firehouses were forced to close on Saturday amid an FDNY “sickout” in protest at the Covid-19 vaccine mandate.

Hundreds of FDNY workers have reportedly been taking paid sick leave in protest over the mandate, which came into effect at 5pm on Friday.

“If someone dies due to a slower emergency response, it’s on Bill de Blasio and his overreaching mandates. I hope this fool fixes it ASAP!”

🚨As of 7:30am this morning, 26 @FDNY companies are closed including 5 in my district due to @NYCMayor locking out unvaccinated firefighters.

If someone dies due to a slower emergency response, it’s on Bill de Blasio and his overreaching mandates. I hope this fool fixes it ASAP!

The FDNY said on Friday vaccination rates across the department had reached 77 per cent, after a surge just ahead of the mandate taking effect. The mandate is expected to start being enforced on Monday.

“I doubt New Yorkers care about the vaccine status of the person applying defibrillators to their chest,” he told the Post.

He added the department had plans in place to mitigate staff shortages.

“We will use all means at our disposal, including mandatory overtime, mutual aid from other EMS providers, and significant changes to the schedules of our members,” Pix11 reported.