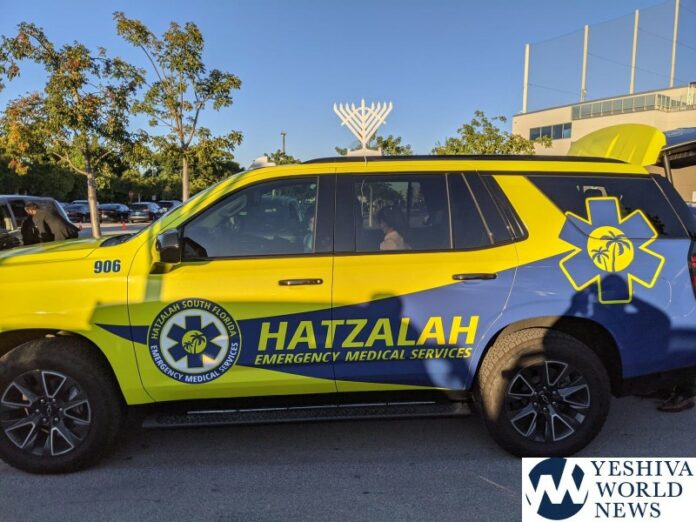 This development brings HSF one step closer towards its planned upcoming expansion of service to the Boca Raton community. HSF is now in the final stages of certifying a team of First Responders in Boca, while also establishing a unified communications network spanning across South Florida; from Miami Beach to Boca Raton. HSF is now in its 13th year of operation with emergency services provided to the communities of Miami Beach, Surfside, Bal Harbour, Bay Harbour, Sunny Isles Beach, North Miami Beach, Sky Lake, Highland Lakes, Aventura, Hallandale, Hollywood, and Lauderhill. The launch of services to the Boca Raton community is anticipated to be announced very shortly; this exciting expansion will unite ALL communities serviced under one experienced umbrella of Hatzalah South Florida, with one phone number, one radio communication system and dispatch.

Hatzalah is looking to expand its membership roster in Boca, especially from those who may have previous medical experience. Interested applicants should email [email protected] or click here https://hsfems.org/join/

An urgent reminder that until HSF announces that it is LIVE in Boca Raton, it is critical that anyone requiring medical assistance call 911, and only 911, to avoid the slightest possibility of delay in patient care. 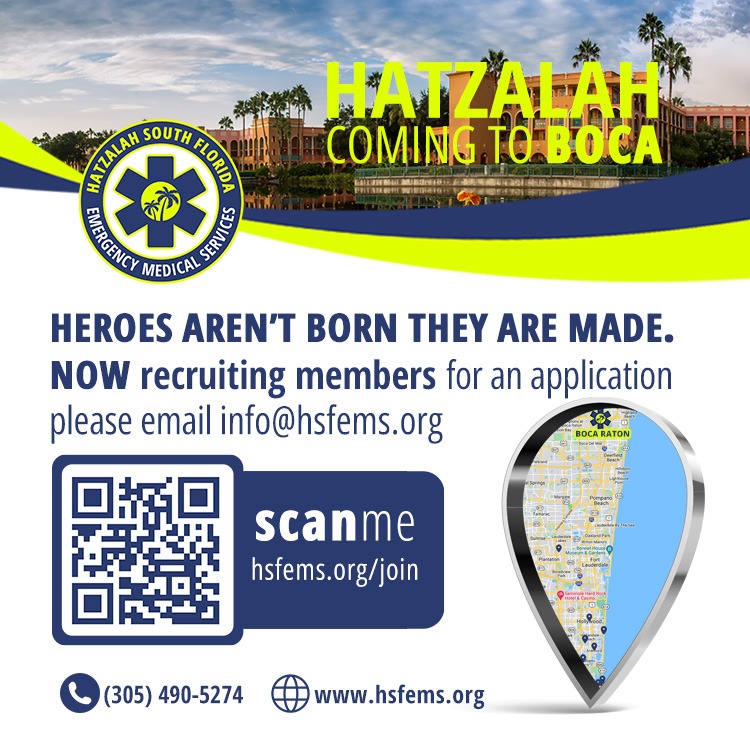