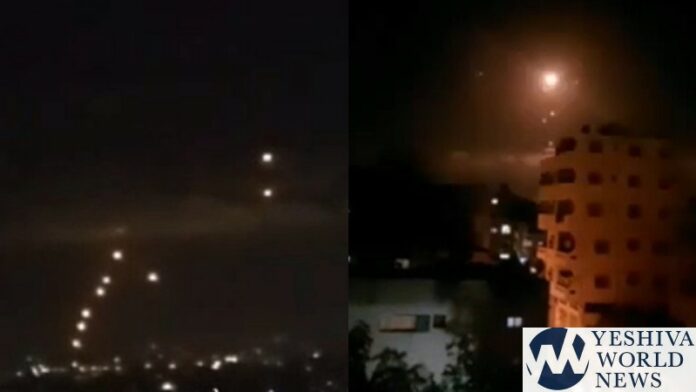 The IDF struck sites belonging to terrorist factions in central and northern Gaza on Wednesday night, just hours after a rocket was fired at a home in Sderot. Thankfully, no one was hurt in the home.

Then, at around 2:15AM, more than a dozen rockets were fired into Israel.

There is still no word on injuries.

Videos below show many rockets being intercepted by Iron Dome.

Around 30 minutes later, red alerts were sounding in Southern Israel, as more rockets were fired.