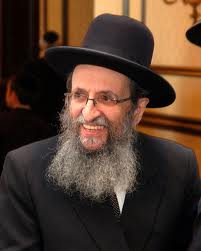 I wish to clarify remarks that were attributed to me on the subject of Metzitzah B’Peh.

The practice is indeed time honored and is followed by the majority of the Orthodox Jewish community today around the world, as it has been for thousands of years.

To my knowledge, it has not been proven that the practice leads to contraction of illness. The halacha is extremely sensitive to health concerns and it is wrong to insinuate that Jews who are very particular in the care of their children would be engaging in a practice for thousands of years which is inherently dangerous.

The statement that, “I don’t think there is a response to them,” referred specifically to those who allegedly said it would be invalid to use a tube where there are demonstrable health issues present as to either the Mohel or the child.

Similarly my comment that in my community “as far as I know they do metzitzah with a tube,” refers to a case where a health concern has been established and was in no manner intended to suggest that I believe that it should be universally adopted.

In no way should what I said be misconstrued as supporting the curbing of, or outside interference with, Metzitzah B’Peh. In fact, we have very effectively self-regulated the practice over the past 3500 years.

Jews have made tremendous sacrifices over the millennia to properly observe our religious obligations and traditions; it would be a shame to return to the days when parents and circumcisers feared performing the hallowed bris which enters every Jewish male into a covenant with God.