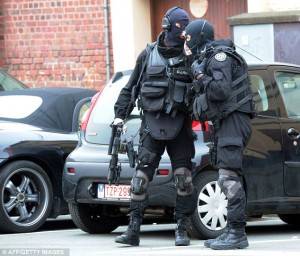 Some of the details of the interrogation of 20 Muslims arrested in Toulouse France over the weekend are leaking out to the media. According to the daily HaMevaser, the Muslim terrorists planned to abduct a Jewish judge, Elbar Levy, a vice president of a local court.

The report states “official sources” confirm the terror cell planned to kidnap someone, but declined to confirm that Levy was their target.

It was recently reported that following the terrorist attack at Toulouse’s Otzar HaTorah School in which four people were murdered,  French officials began cracking down, rounding up radical Islamic elements and throwing them out of the country.