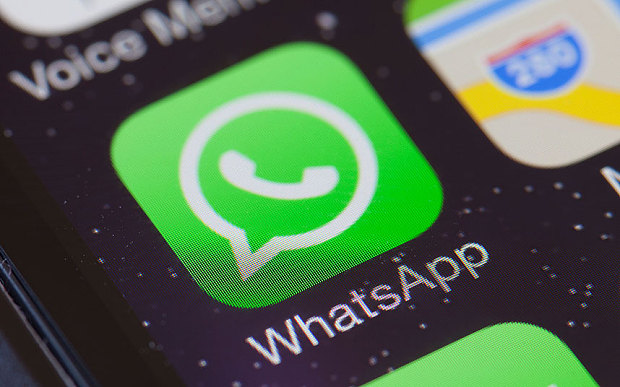 Encrypted messaging services like WhatsApp must make their platforms accessible to intelligence agencies, a top British security official declared Sunday amid reports that the Westminster attacker used the service minutes before his assault on Parliament.

“We need to make sure that organizations like WhatsApp, and there are plenty of others like that, don’t provide a secret place for terrorists to communicate with each other,” she said.

Rudd also urged technology companies to do a better job at preventing the publication of material that promotes extremism.

British police investigating the attack on Parliament that claimed four victims and wounded dozens say they still believe the assailant acted alone and they have no information indicating that further attacks are planned.

Deputy Assistant Commissioner Neil Basu said it may never be possible to fully determine the motives of attacker Khalid Masood, who was shot dead Wednesday after running over pedestrians with an SUV on London’s Westminster Bridge and fatally stabbing a policeman guarding Parliament.

“That understanding may have died with him,” Basu said Saturday night as police appealed for people who knew Masood or saw him to contact investigators. “Even if he acted alone in the preparation, we need to establish with absolute clarity why he did these unspeakable acts, to bring reassurance to Londoners.”

The Islamic State group has claimed Masood was a “soldier” carrying out its wishes for supporters to attack Western countries.

One man remains in custody in the case. He has not been charged or named. Nine people arrested after the assault have been freed without charges and one has been freed on bail.

A detailed police reconstruction has found the attack lasted 82 seconds before Masood was shot dead just after entering Parliament grounds.

The family of slain police officer Keith Palmer released a statement thanking those who tried to save his life.

“There was nothing more you could have done. You did your best and we are just grateful he was not alone,” the statement said.

Masood, a 52-year-old Briton, had convictions for violent crimes and spent time in prison. He also worked in Saudi Arabia teaching English for two years and traveled there again in 2015, apparently on a religious pilgrimage.