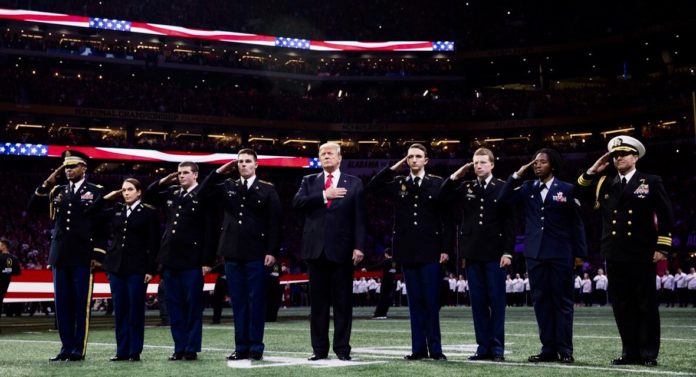 President Donald Trump got his own national anthem moment Monday when he took the field before Alabama and Georgia faced off in the College Football Playoff National Championship.

Months after wading into the culture war over protests during the anthem, the president was greeted by tens of thousands in Atlanta with cheers and a smattering of boos. After ROTC members escorted him onto the field, the president stood with his hand over his heart and an American flag pin on his lapel. He sang a few words as Georgia’s Zac Brown Band and a gospel choir performed the anthem.

Trump has criticized professional football players who kneel during the anthem to protest racial injustice, as well as the NFL itself for allowing it.

“We want our flag respected,” Trump said earlier Monday during a speech in Nashville, Tennessee, “and we want our national anthem respected also.”

Most of the college players remained in their locker rooms during the anthem.

The president watched the game from a private box overlooking the Alabama sideline, flanked by ROTC students. The Tuscaloosa News had reported that he would appear on the Alabama radio broadcast during the game, but that didn’t happen. ESPN also unsuccessfully sought an interview.

Trump departed the stadium during halftime as Georgia led Alabama 13-0. Rapper Kendrick Lamar, who has been a critic of the president, performed during the break.

Minutes after Trump returned to the Washington area, Alabama won in overtime 26-23.

A few dozen protesters gathered near the stadium before the game, shouting anti-Trump slogans. But more fans seemed upset by the long lines to get into the event amid increased security. 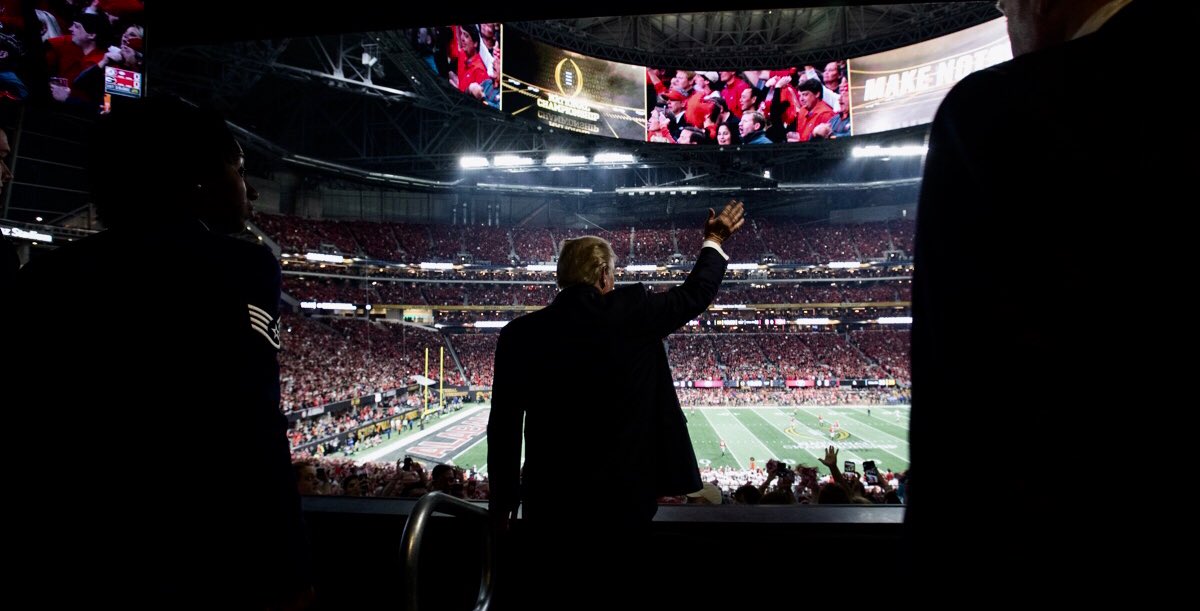 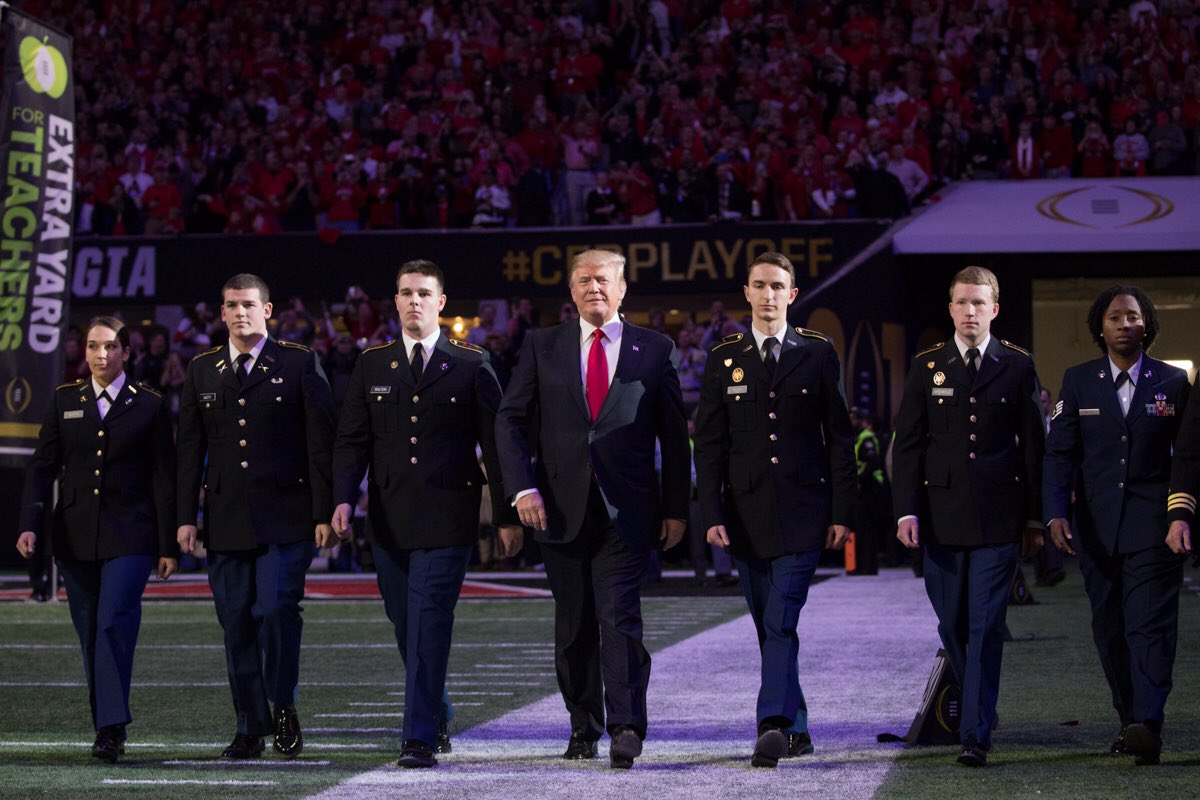 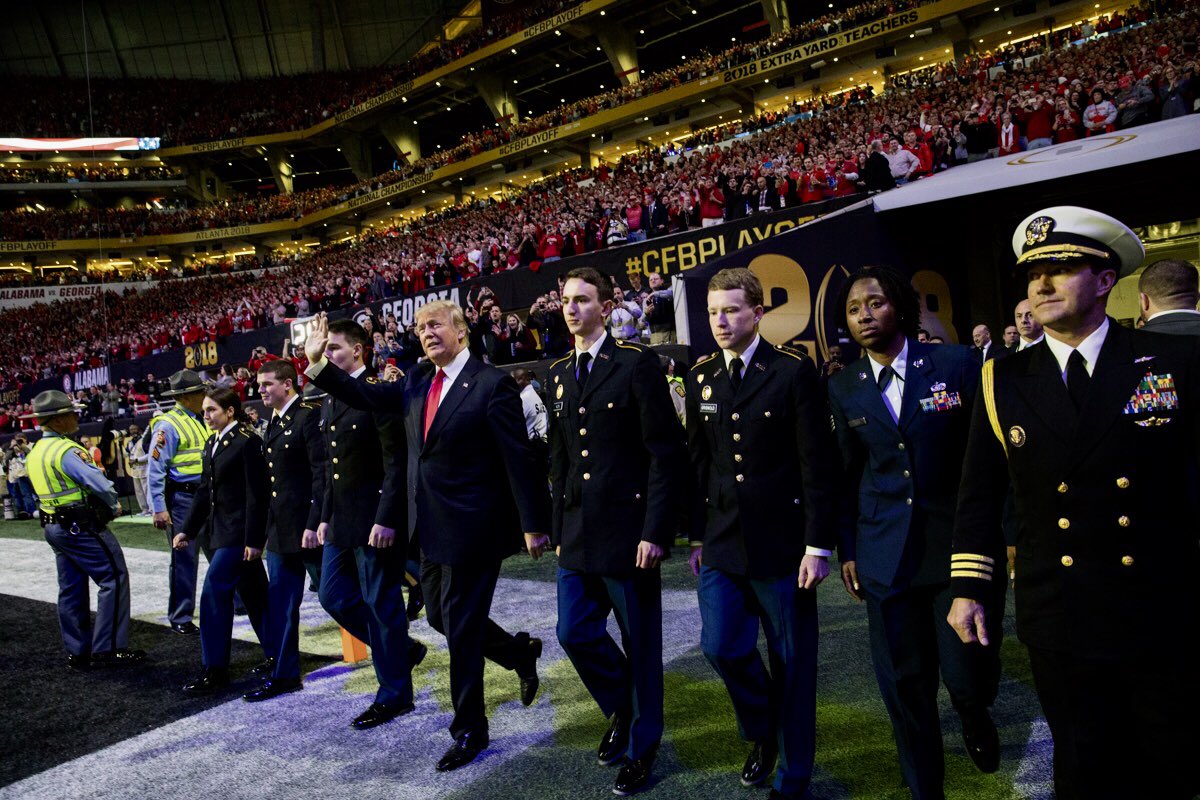 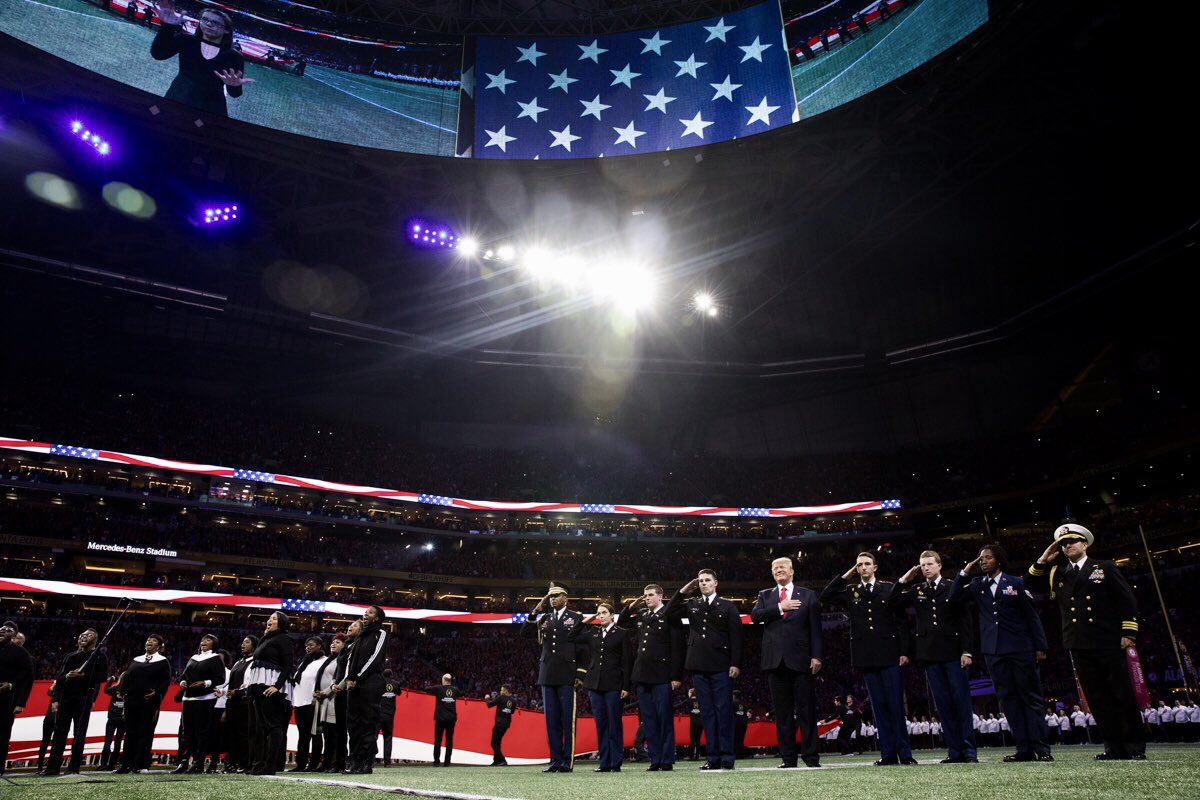 VIDEOS/PHOTOS: President @realDonaldTrump attended the College Football National Championship game in New Orleans, and walked out onto the field for the singing of the National Anthem #Trump was met with mostly cheers from the crowd, though there were some boos audible. Some protesters gathered outside the stadium as Trump's motorcade drove past. A debated was raging amongst #Twitter users if Trump forgot the words to the Star Spangled Banner. The President mouthed/sang most of the song with the Zac Brown Band, though at times stopped.