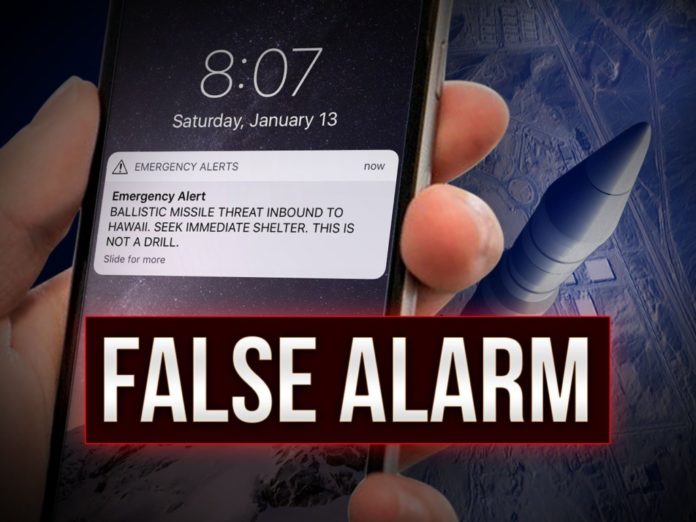 Hawaii officials say an employee has been reassigned after mistakenly hitting the live alert button of the state’s missile warning system, creating a wave of panic.

Hawaii Emergency Management Agency spokesman Richard Rapoza said in an email Monday that the worker has been temporarily moved to a job without access to the system amid an internal investigation.

He says no other personnel changes have been made.

The agency has said that it changed protocols to require that two people send an alert and made it easier to cancel a false alarm — a process that took nearly 40 minutes Saturday.

The blunder caused more than a million people in Hawaii to fear that they were about to be struck by a nuclear missile.