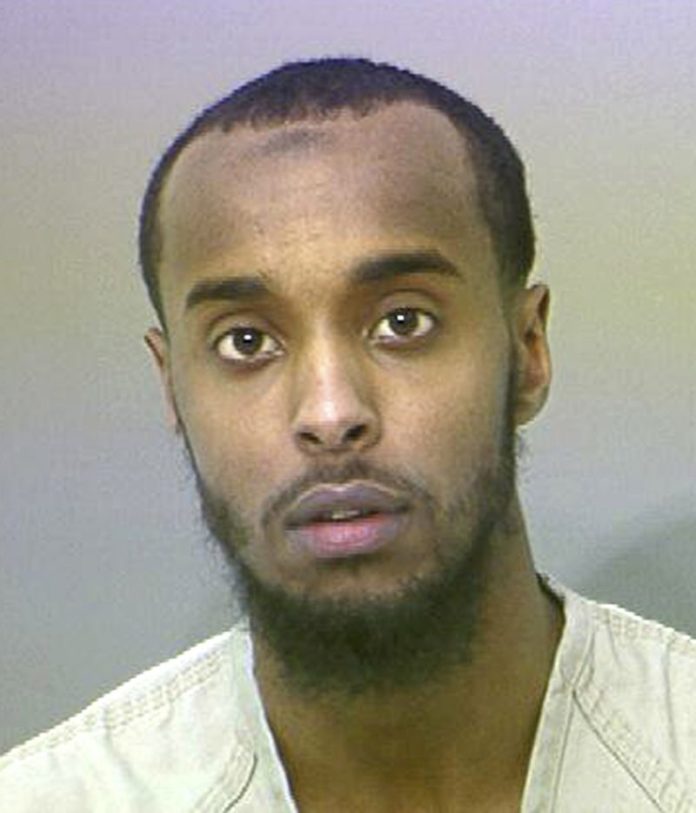 A man accused of plotting an attack on a federal medical facility in Texas asked a judge in December to deport him instead of sending him to prison, saying he didn’t deserve to spend time behind bars, records show.

“I truly don’t believe I deserve prison at all,” Mohamud said in the Dec. 12 letter, filed in the official court record on Thursday.

He added: “So if the concern is risk assessment then deportation would set everyone’s hearts at ease.”

Mohamud, who was born in Somalia and came to the U.S. at 2 years old, may eventually get his wish.

After Mohamud was sentenced to 22 years in prison last week, the local Homeland Security Investigations office said it would seek to strip him of his citizenship and deport him to Somalia.

At sentencing on Jan. 22, Mohamud told Watson that he knew what he’d done was wrong and that he’d fallen into the trap of radicalization while abroad.

Mohamud, 26, tried to fire his attorney in a second letter dated Dec. 15, saying they weren’t communicating well. A handwritten note on the letter says Mohamud’s request was withdrawn Jan. 9 in court.

Mohamud planned to fly to Texas and attack the Federal Medical Center Carswell in Fort Worth in an attempt to free Aafia Siddiqui, a Pakistani scientist convicted of shooting at two U.S. soldiers in Afghanistan, Watson said as he outlined the allegations against Mohamud.

According to the government, Mohamud applied for a passport to travel abroad only a week after he became a U.S. citizen in 2014.

He bought a ticket to Greece with a stop in Turkey, where he disembarked before going to Syria, prosecutors said in court documents. They said he never intended to go to Greece.

Mohamud was arrested in 2015 and pleaded guilty a few months later. The attacks were never carried out.

Shamansky asked for leniency, saying Mohamud didn’t have his father around when he was growing up, was brainwashed while abroad “by professional head twisters” but later realized his error and abandoned his plot.

Prosecutors noted Mohamud contacted others from jail after his arrest and told them not to say anything.