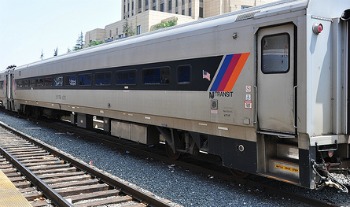 New Jersey Transit has suspended a conductor for allegedly announcing on a morning train that immigration agents were on board looking for “illegals.”

The incident occurred Monday morning on a train headed from New Jersey to New York.

An NJ Transit spokeswoman didn’t identify the conductor but said he has more than 30 years’ experience at the agency. He was suspended without pay Monday pending an investigation.

A spokesman for the Newark office of Immigration and Customs Enforcement said no agents were on the train.

He said agents conduct targeted enforcement of criminals and would have had to have been in pursuit of such a person to board public transportation.