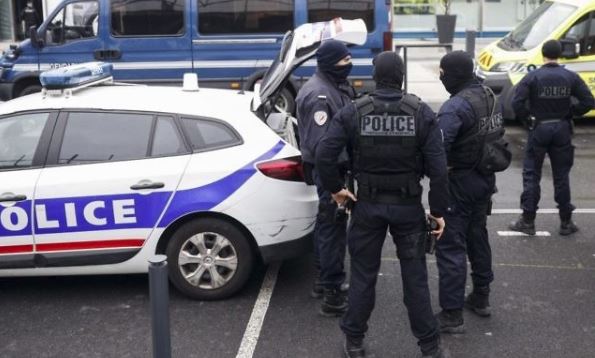 Following a fire in a Paris apartment, an 85-year-old Jewish woman was found stabbed in a violent attack. Local press outlets are reporting that the fire broke out on Friday evening just before Shabbos began. The firefighters who broke into the apartment found the woman’s lifeless body after she had been stabbed.

Police have ruled out a suicide and have even apprehended a suspect, a 29-year-old Muslim male. It is unclear as of yet what the motive was for the attack.

The woman suffered 11 stab wounds and from an initial investigation, arson is being suspected in the blaze, as investigators found at least five points of ignition in the apartment.

Over the past few years the number of attacks against Jewish citizens of Paris – even by their neighbors – has been on the steady rise.

The case is eerily similar to a horific attack exactly one year ago in Paris, in which 66-year-old Sarah Halimi H”YD was stabbed to death and flung from her apartment window by a Muslim neighbor.

Earlier on Friday, an ISIS terrorist killed three hostages after special forces burst into a supermarket that he was hiding in, and eliminated him.

Just a month ago, on Purim, a 14-year-old boy was attacked by a group of thugs while on his way to Megillah reading.

In January, YWN reported on an arson attack at two Kosher supermarkets in Paris. That attack was believed to be linked to another horrific attack in a Paris three years earlier, in which 4 Jews were murdered in an attack on a Kosher supermarket.

Also in January, an 8-year-child child wearing a Yamulka was attacked by a group of thugs, an attack French Prime Minister Emmanuel Macron denounced as heinous.