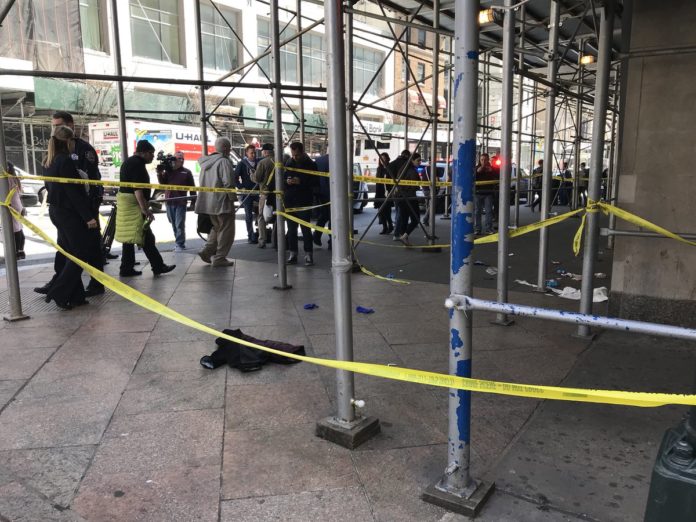 An Orthodox Jewish was stabbed and critically wounded in Midtown Manhattan on Monday afternoon.

Sources tell YWN that the victim was walking on 33rd Street and 5th Avenue just after 1 p.m. when he accidentally bumped into a FedEx employee. They got into an altercation which resulted in the FedEx employee stabbing the Jewish man at least 4 times.

The victim, identified as 28-year-old Jack Gindi, was rushed to Bellevue Hospital in critical condition.

He is b”h expected to survive.

The 22-year-old suspect, a FedEx employee, was quickly taken into custody. Tyquan Bailey of Orange, New Jersey is charged with attempted murder, felony assault and criminal possession of a weapon.

Police said Gindi works in the area, and Bailey frequently makes deliveries to his office.

The circumstances of the stabbing are not yet known, but police believe it was the result of an ongoing dispute.

A FedEx spokesperson released a statement, saying, “We were shocked to learn about the incident in Manhattan today and our thoughts go out to the individual who was injured. We are cooperating fully with investigating authorities at this time.”

One man stabbed… another man in custody. Police on the scene in Midtown at 33rd and Fifth. @ABC7NY pic.twitter.com/KNEdJElAXP