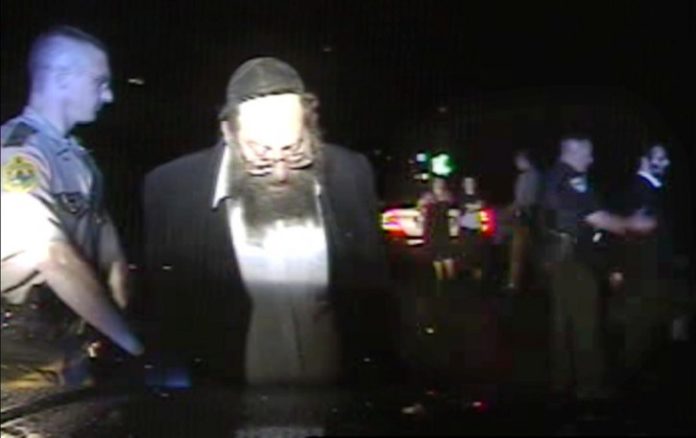 A New York City rabbi who kept driving when a Vermont state trooper tried to pull him over for speeding and complained of mistreatment by police has paid a $100 traffic ticket.

The Valley News reports a misdemeanor charge accusing Rabbi Berl Fink, of Brooklyn, of trying to elude a trooper for 4 1/2 miles (6 kilometers) on an interstate before pulling over in Fairlee will be dropped.

Police video of the August 2017 encounter shows the trooper ordering the rabbi at gunpoint to lie on the ground. The trooper is then seen handcuffing Fink, his son and his wife.

Fink says he didn’t think he was being pursued.

His lawyer says his client and his family felt traumatized and will seek other relief, but he would not elaborate.