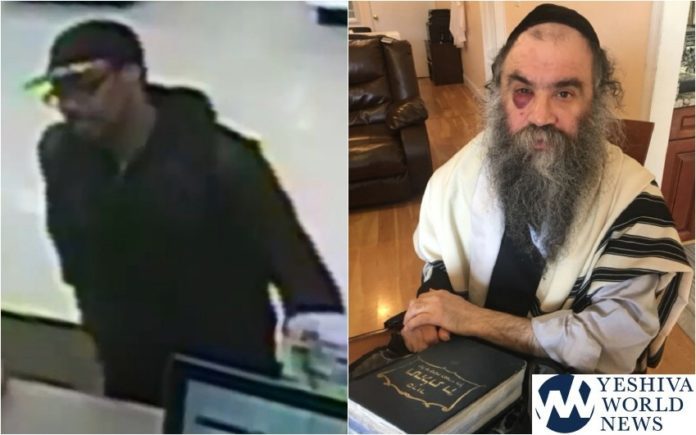 Brooklyn District Attorney Eric Gonzalez today announced that a 40-year-old man has been indicted on charges of strangulation and assault as hate crimes and other offenses for the alleged unprovoked attack against a Jewish man, whom he cursed and choked as the victim was walking home from a synagogue.

District Attorney Gonzalez said, “This alleged attack against a religious person is disturbing and completely unacceptable. Brooklyn’s strength is in its diversity and I will never tolerate such hate-motivated crimes in our communities. The defendant in this case has now been indicted and I intend to hold him accountable.”

The District Attorney identified the defendant as James Vincent, 40. He was arraigned today before Brooklyn Supreme Court Justice Guy Mangano on a 17-count indictment in which he is charged with first-degree strangulation as a hate crime, second-degree assault as a hate crime and other related offenses. He was ordered held on $50,000 bond or $25,000 bail and to return to court on August 15, 2018. The defendant faces up to 25 years in prison if convicted of the top count.

The District Attorney said that, according to the investigation, on April 21, 2018, at approximately 1 p.m., the victim, a 52-year-old Jewish man, was walking home from his Synagogue after Sabbath prayers. He walked passed the defendant in the vicinity of Rutland Road and East 46th Street in East Flatbush, when the defendant allegedly yelled, “You f—-ing Jew, you Jews took my house and mortgage.” The victim continued walking.

The victim suffered various injuries to the head and body.

Several surveillance videos from the area helped to identify the defendant and the investigation revealed that he purchased ice cream in a nearby store using a card bearing his name. He was arrested on April 27, 2018.

WATCH: The victim of a vicious assault in Crown Heights, identified as 52-year-old Menachem Moskowitz, describes his thoughts as he said ‘Shema Yisrael’ after hearing his attacker say “you don’t need help. I’m going to kill you right here.” . . “There are a lot of people unfortunately that hate Jews and want to kill the Jews,” says his wife, Channah Moskowitz. Via @abc7ny