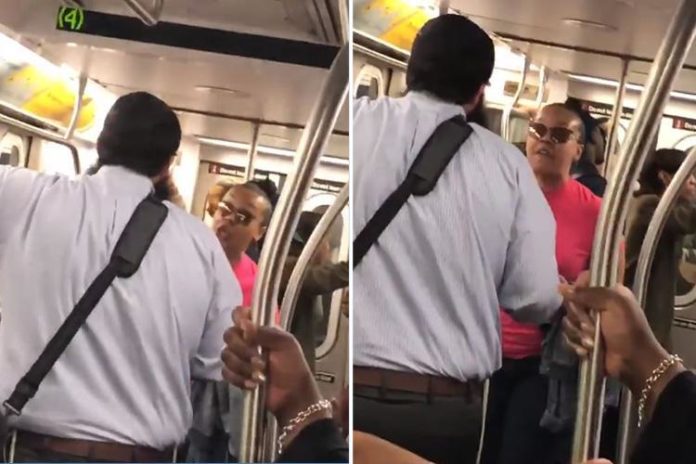 The man who posted the now-viral video of a black woman ranting at an Orthodox Jewish man clashing aboard a packed subway train says he “regrets” sharing the clip on social media.

“I regret posting now, because everyone has run rampant with the ‘angry black woman’ narrative, and it’s really disheartening,” Twitter user @chrisfrench_ tweeted Tuesday, days after posting the footage.

Didn’t think this video would go as viral as it has. I myself have been called racist just for posting, which is weak, but no matter. I regret posting now, because everyone has run rampant with the “angry black woman” narrative, and it’s really disheartening.

In the video, the woman rants at the man after an apparent argument over seats.

“You said I was being racist so you tell me what I’m being racist towards. You’re Jewish, and I said if a Jewish family got on here, somebody would have got up – that is not a racist thing, that is a factual statement.”

“Judaism is not a race, it is a religion,” the woman added.

The man in the video has been identified as Yossi Wolfe, a 31-year-old Wall Street Journal software engineer.