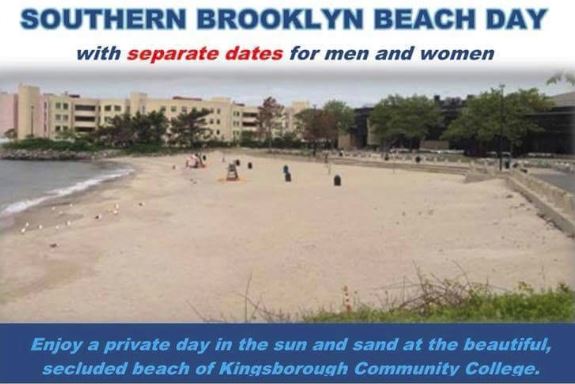 A New York City Council member says he will sponsor gender-segregated beach days for his Jewish and Muslim constituents this summer.

Deutsch says he plans to pay for the needed city permits and costs himself on days the beach is normally closed. A college spokesman said the costs are $400 per day, to cover cost of lifeguards and other staff.

Deutsch says he’s sponsoring the event because he has a number of Orthodox Jewish and Muslim constituents in his district who haven’t been able to have a beach day because of their religious beliefs which forbid mixed-gender swimming.

Men and boys can go from 9 a.m. until 3 p.m. on June 29. Women and girls can go for the same time period on July 27. If necessary, a rain date will be announced.

Visitors will be allowed to park by the school for free.

“Enjoy a private day in the sun and sand at the beautiful, secluded beach at Kingsborough Community College,” a flyer publicizing the event reads.

However, the plan may run into issues with the city’s Human Rights Commission. City law says public accommodations cannot exclude people based on gender unless there’s an exemption “based on bona fide consideration of public policy.

The New York Civil Liberties Union said in a statement that the separate swim days would impose gender discrimination on a city beach.

“What chutzpah. People don’t have the right to impose gender discrimination on a city beach simply because it’s mandated by their religion,” said Donna Lieberman, NYCLU executive director.

“It is one thing for the city to provide reasonable accommodation for religious practice, and quite another to limit the public access of everybody else.” 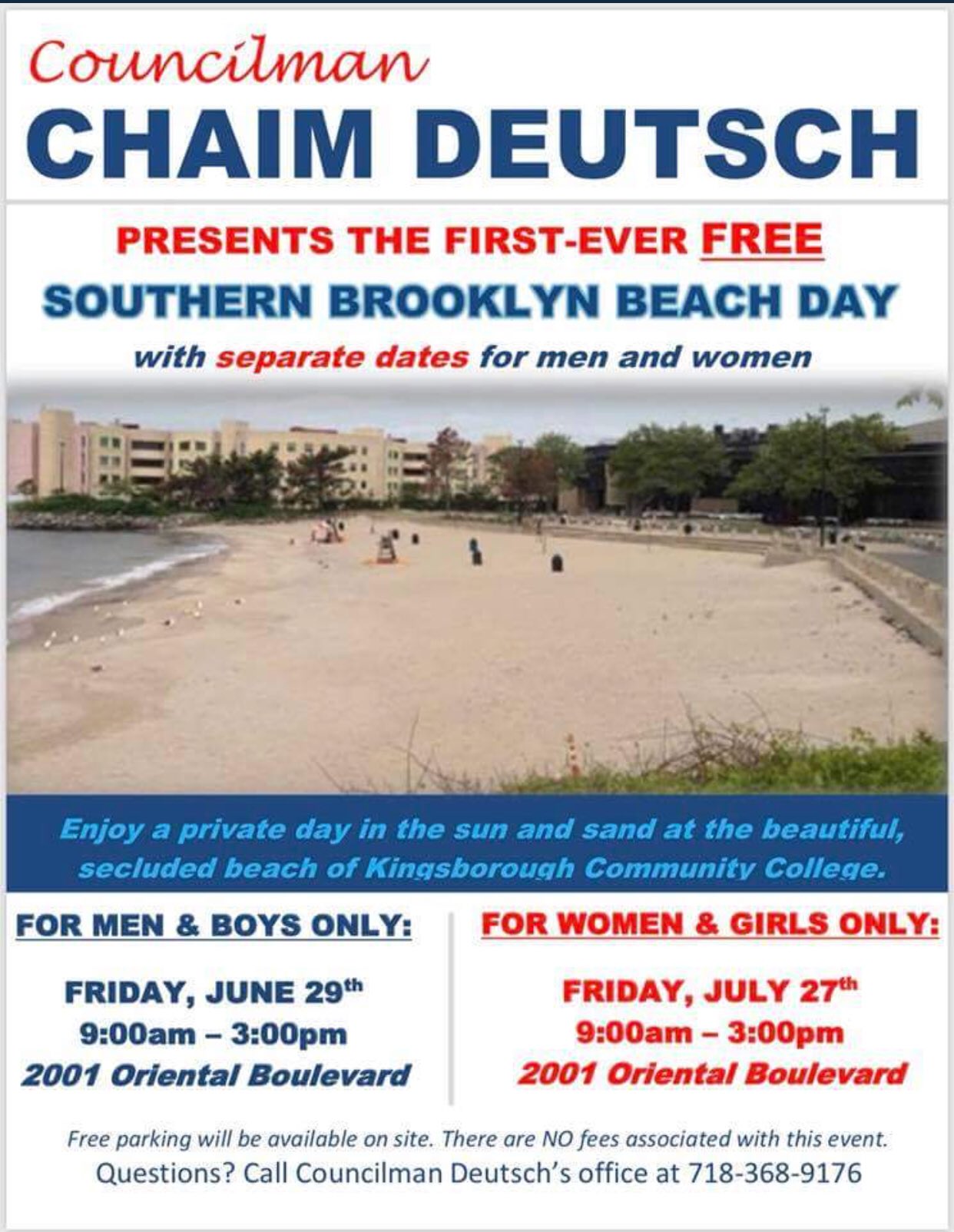