Inside an old warehouse in South Texas, hundreds of immigrant children wait in a series of cages created by metal fencing. One cage had 20 children inside. Scattered about are bottles of water, bags of chips and large foil sheets intended to serve as blankets.

One teenager told an advocate who visited that she was helping care for a young child she didn’t know because the child’s aunt was somewhere else in the facility. She said she had to show others in her cell how to change the girl’s diaper.

The U.S. Border Patrol on Sunday allowed reporters to briefly visit the facility where it holds families arrested at the southern U.S. border, responding to new criticism and protests over the Trump administration’s “zero tolerance” policy and resulting separation of families.

More than 1,100 people were inside the large, dark facility that’s divided into separate wings for unaccompanied children, adults on their own, and mothers and fathers with children. The cages in each wing open out into common areas to use portable restrooms. The overhead lighting in the warehouse stays on around the clock.

Why don’t the Democrats give us the votes to fix the world’s worst immigration laws? Where is the outcry for the killings and crime being caused by gangs and thugs, including MS-13, coming into our country illegally?

The Border Patrol said close to 200 people inside the facility were minors unaccompanied by a parent. Another 500 were “family units,” parents and children. Many adults who crossed the border without legal permission could be charged with illegal entry and placed in jail, away from their children.

Reporters were not allowed by agents to interview any of the detainees or take photos.

The people of Germany are turning against their leadership as migration is rocking the already tenuous Berlin coalition. Crime in Germany is way up. Big mistake made all over Europe in allowing millions of people in who have so strongly and violently changed their culture!

We don’t want what is happening with immigration in Europe to happen with us!

Nearly 2,000 children have been taken from their parents since Attorney General Jeff Sessions announced the policy, which directs Homeland Security officials to refer all cases of illegal entry into the United States for prosecution. Church groups and human rights advocates have sharply criticized the policy, calling it inhumane.

Stories have spread of children being torn from their parents’ arms, and parents not being able to find where their kids have gone. A group of congressional lawmakers visited the same facility Sunday and were set to visit a longer-term shelter holding around 1,500 children — many of whom were separated from their parents.

Children are being used by some of the worst criminals on earth as a means to enter our country. Has anyone been looking at the Crime taking place south of the border. It is historic, with some countries the most dangerous places in the world. Not going to happen in the U.S.

It is the Democrats fault for being weak and ineffective with Boarder Security and Crime. Tell them to start thinking about the people devastated by Crime coming from illegal immigration. Change the laws!

“Those kids inside who have been separated from their parents are already being traumatized,” said Democratic Sen. Jeff Merkley of Oregon, who was denied entry earlier this month to children’s shelter. “It doesn’t matter whether the floor is swept and the bedsheets tucked in tight.”

In Texas’ Rio Grande Valley, the busiest corridor for people trying to enter the U.S., Border Patrol officials argue that they have to crack down on migrants and separate adults from children as a deterrent to others.

“When you exempt a group of people from the law … that creates a draw,” said Manuel Padilla, the Border Patrol’s chief agent here. “That creates the trends right here.”

Agents running the holding facility — generally known as “Ursula” for the name of the street it’s on — said everyone detained is given adequate food, access to showers and laundered clothes, and medical care. People are supposed to move through the facility quickly. Under U.S. law, children are required to be turned over within three days to shelters funded by the Department of Health and Human Services.

Video released by US Customs and Border Protection from inside a Texas immigration facility shows children and adults held in cages pic.twitter.com/mViEQBmcnh

Padilla said agents in the Rio Grande Valley have allowed families with children under the age of 5 to stay together in most cases.

An advocate who spent several hours in the facility Friday said she was deeply troubled by what she found.

Michelle Brane, director of migrant rights at the Women’s Refugee Commission, met with a 16-year-old girl who had been taking care of a young girl for three days. The teen and others in their cage thought the girl was 2 years old.

“She had to teach other kids in the cell to change her diaper,” Brane said.

Brane said that after an attorney started to ask questions, agents found the girl’s aunt and reunited the two. It turned out that the girl was actually 4 years old. Part of the problem was that she didn’t speak Spanish, but K’iche, a language indigenous to Guatemala.

“She was so traumatized that she wasn’t talking,” Brane said. “She was just curled up in a little ball.”

Brane said she also saw officials at the facility scold a group of 5-year-olds for playing around in their cage, telling them to settle down. There are no toys or books.

But one boy nearby wasn’t playing with the rest. According to Brane, he was quiet, clutching a piece of paper that was a photocopy of his mother’s ID card.

“The government is literally taking kids away from their parents and leaving them in inappropriate conditions,” Brane said. “If a parent left a child in a cage with no supervision with other 5-year-olds, they’d be held accountable.”

Dr. Colleen Kraft, the head of the American Academy of Pediatrics, said that she visited a small shelter in Texas recently, which she declined to identity. A toddler inside the 60-bed facility caught her eye — she was crying uncontrollably and pounding her little fists on mat.

Staff members tried to console the child, who looked to be about 2 years old, Kraft said. She had been taken from her mother the night before and brought to the shelter.

The staff gave her books and toys — but they weren’t allowed to pick her up, to hold her or hug her to try to calm her. As a rule, staff aren’t allowed to touch the children there, she said.

“The stress is overwhelming,” she said. “The focus needs to be on the welfare of these children, absent of politics.” 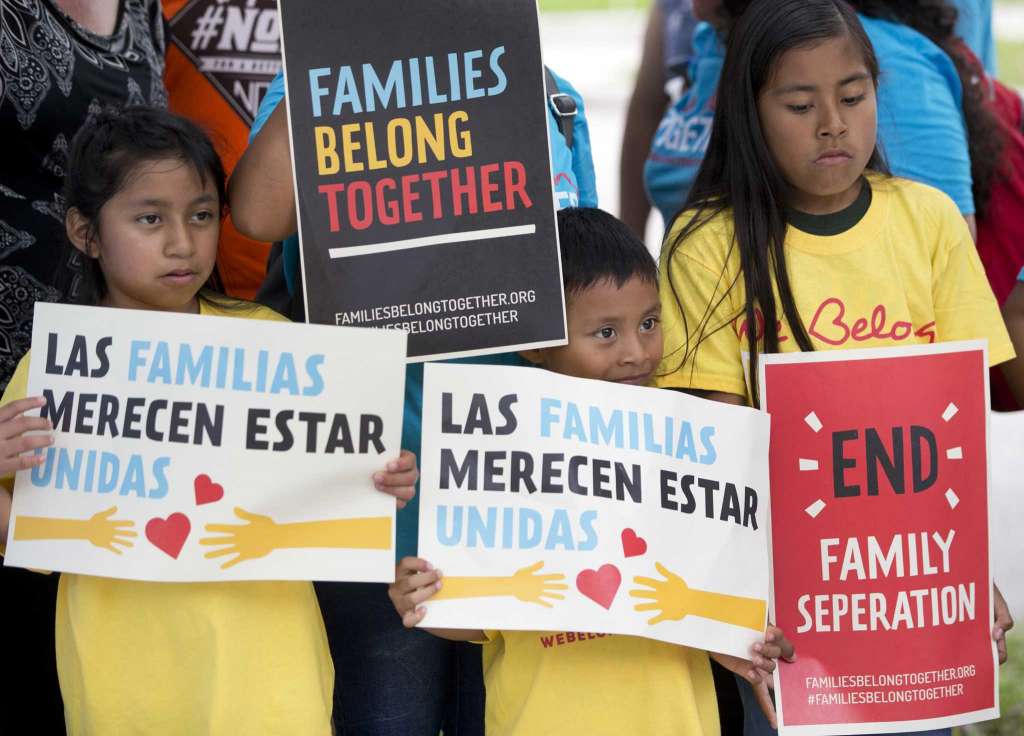 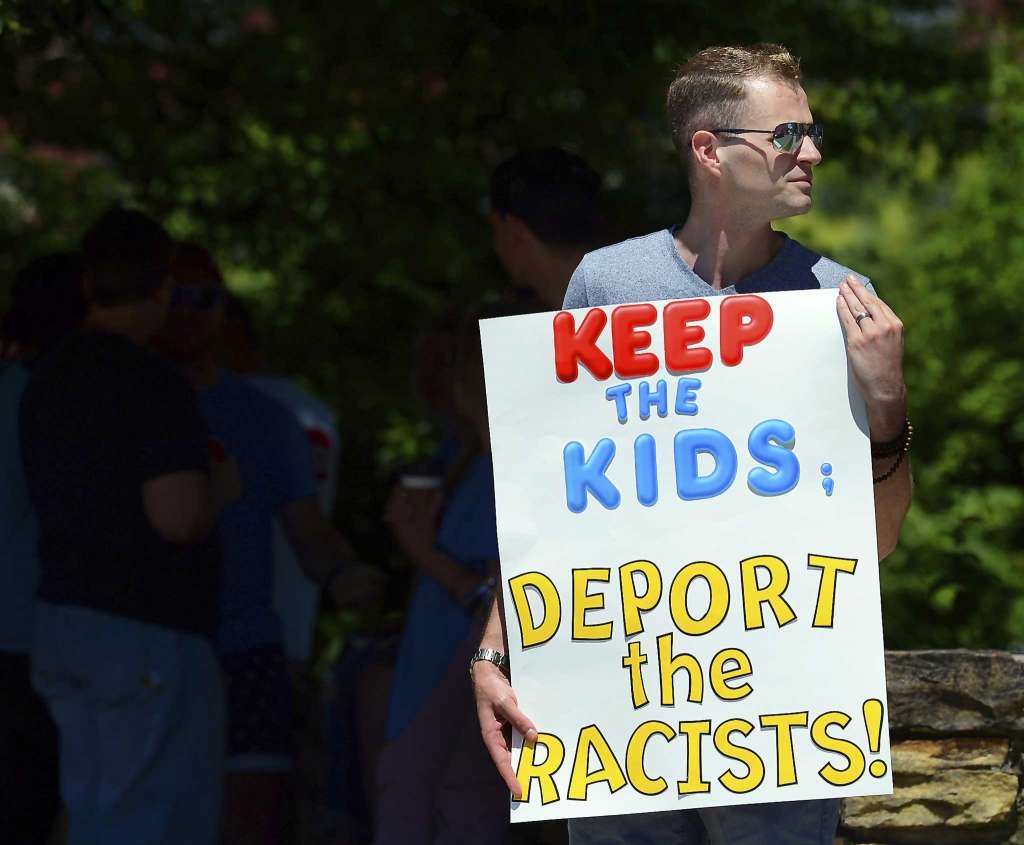