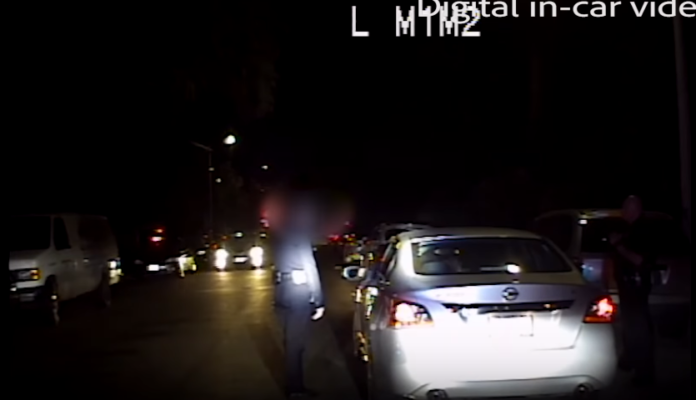 The Los Angeles Police Department has released video from a shooting last month that killed a gunman and left an officer with a gunshot wound to her leg.

The edited footage posted online Monday is from officer-worn body cameras and a police car dashcam.

It shows an officer approaching a car during a traffic stop on July 27 in North Hills.

The officer recognizes the driver — 32-year-old Richard Mendoza — and asks if he’s still on probation. As Mendoza gets out of the car, he pulls a gun and shoots the officer, who collapses.

The wounded officer can he heard crying out as her partner radios for help.

The LAPD is reviewing the shooting.