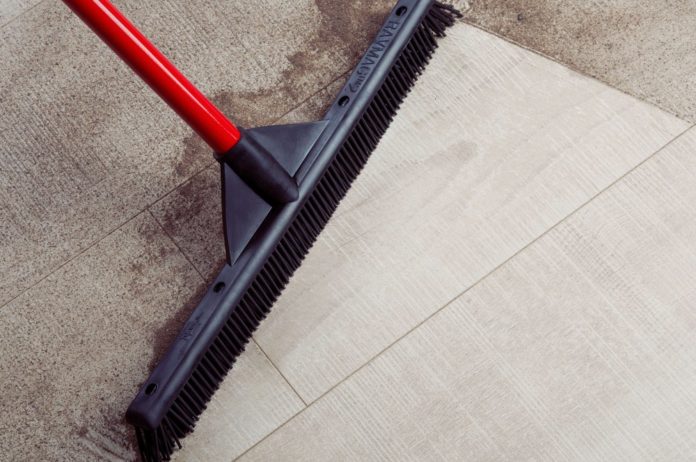 TO WHOM IT MAY CONCERN

Many in the community currently use the services of Spanish-speaking cleaning-ladies who hail from South or Central America, most of whom are in the country illegally.

I would like to bring to the unsuspecting public’s attention a story that is currently taking place, so that others can protect themselves when employing the above-mentioned people:

I employed one of these women full-time, for over eight years, paying her $10, then $11, and subsequently $12 per hour.

Before this past Pesach, she asked for $13 per hour, which I agreed to give her on condition that she would be willing to come for the next two Sundays before Pesach. Although she would work on Sundays when she needed extra money, this time she refused, and left the house with me being furious that she had turned me down.

She never returned, and I figured that she must have found a better paying job.

I must make it very clear that I was an extremely kind, lenient employer.

• I gave her $10 every day so that she could buy her own kosher food, plus she had a free lunch hour that she got paid for.
• Although, she damaged many clothing items, I never expected her to reimburse me.
• If she worked very late, I would feed her supper and send her home with an Uber, at a fare of approximately $30.
• When she complained that the workload was too heavy for her, (I live in a duplex with my husband and young daughter), I brought in a second lady to assist her.
• She would chat on the phone while working, even though it impeded her speed and distracted her, but I never told her to turn her iPhone off.
• I kept quiet when she would stay late because she wanted to make up her missed hours, even though I knew she was taking advantage of me.
• I gave her many items of used clothing when she hinted that she desired them, plus I bought her teenage daughter a new winter coat when she asked me to.
• Lastly, I tipped her very generously before the Jewish holidays.

This week I got a court summons.

This very woman, whom I wined and dined, and with whom I tried to make a “Kiddush Hashem”, treating her with utmost respect, is suing me!!! For the hefty sum of $75,000 dollars!!! She claims that she should have been paid time and a half for each of her hours of overtime. (She never, ever, mentioned time and a half in all her years of working at my home).

After consulting with three different lawyers, it is apparent that the law is on her side. (Ironically, she revealed to me recently that she has a deportation notice…). Sadly, there is little I can do but make a settlement with her. I do not know how much this joke will cost me in the end, but I am heartbroken to have to give my hard-earned money to such a disloyal, ungrateful person.

Moreover, I now know that I am not the first gullible “heimishe” woman who has taken in a Mexican housekeeper, and then been sent a summons. This trend is becoming increasingly popular. There are Spanish speaking lawyers who offer these workers their services, free of charge, on condition that they get a share of the settlement money. The complaints against employees can vary, but the motive is the same.

I know some might ask why I kept her all these years if I had complaints against her. The truth is that I trusted her. She may have lied occasionally, but she never touched my valuables though she had enough opportunities to snitch. Plus, she was a reliable worker overall, who arrived when she said she would. She knew the running of my home, and she took off many of my responsibilities.

I sincerely regret being so gracious to her, and I feel that she has punched me in the face.

Ladies! Please don’t make the same mistakes as me!
• Never trust these chevra even if you think they are truly loyal to you.
• Never employ the same person for 40 hours a week or longer, unless she is prepared to be paid on the books, by check, and then have to pay her taxes. I wish I had insisted on this, but it is almost impossible to get a housekeeper under these conditions.
• Keep a record of her hours and have her sign it. Thus, in the future, she won’t be able to claim that she worked longer. You must have proof. If not, it’s her word against yours. Overtime is considered eight or more hours a day, and/or forty hours a week or longer.
Remember: even if you only employ her once a week, she can sue you if she worked eight hours or more in a single day.
• Never let them think you have spare money; they will simply take advantage of you.

I hope this report iy”H helps prevent others from experiencing these scenarios.