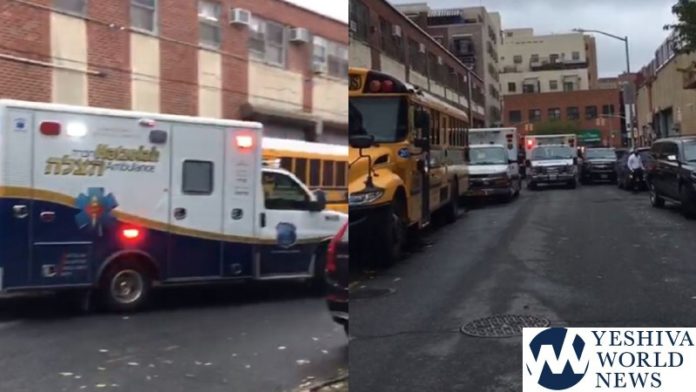 Williamsburg Hatzolah is treating multiple children at the Shopron Cheder in Williamsburg for a chemical substance in their face and eyes.

Hatzolah was on the scene just before 1:30PM Monday afternoon, at the Yeshiva located at 18 Warsoff Place near Flushing Avenue.

At least four Hatzolah ambulances were on the scene.

It was later reported that at least four children were playing with a bottle of St. Moritz cleaner, and were hit with the spray.