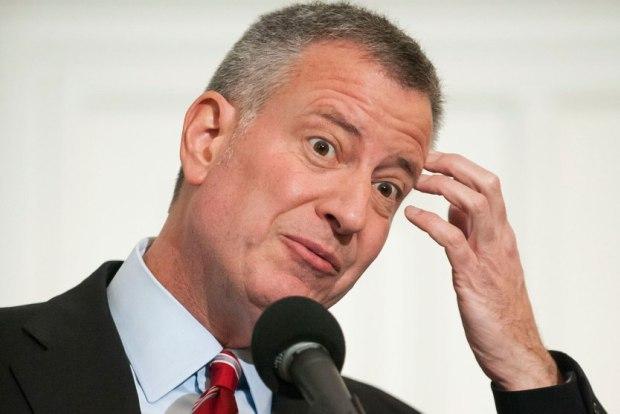 I will try and be a civil as possible.

I am a proud Jew. I have a wife and children. All proud Jews. We are descendants of proud Jews. Proud Jews that were led proudly to the gas chambers in Auschwitz, Treblinka.

There is no question that terrorism and anti-Semitism is on the rise. We see that with the Pittsburgh massacre and so many other incidents both here at home and abroad.

Let me explain who you really are to those reading this, so there are no questions.

Unfortunately, your politicization of recent incidents, immediately cast blame on President Trump and Republicans. I want to remind you that in 2016/17 when HUNDREDS of Jewish schools and JCC’s around the country were receiving bomb threats, terrorizing thousands of children – you and your fellow partisans immediately cast blame on Trump. Yet when two arrests were finally made, it wasn’t a Trump supporter as you purported, but an African American male who was upset at his girlfriend, and a mentally disturbed teen in Israel. Not fitting the narrative you had put forward, you of course said nothing!

Just last week, when a sick deranged man living out of his van was mailing pipe-bombs to prominent Democrats around the country – you IMMEDIATELY (within 3 minutes) called it an act of terror. Yet in 2016 by the Chelsea bombing injured 31 people, you never once called it terrorism. Selective labeling for political convenience.

The situation at the Time Warner Center was clearly an act of terror attempting to undermine our free press and intimidate New Yorkers. But the people of this city have shown time and again that they stand up in the face of terror.

The Mayor did not label the 2016 Chelsea bombings as terror; dozens were wounding in that attack

That being said, President Trump said it correctly on Saturday night. If the Pittsburgh Synagogue had an armed guard, this would have ended much faster, and less bloody.

You immediately tweeted an egregious response,  “We should never blame the victims in an attack like this, we should never suggest that a house of worship should have an armed guard to do religious observances. This is not America. And this is certainly not New York City.”‎

Mr. Mayor, nobody in my community thinks President Trump blamed the victims. What is even more disturbing Sir, at the very same moment you demonized the President of the United States for pushing forward the need for armed guards by Jewish institutions as anti American and contrary to NYC values, you yourself placed dozens of armed NYPD SRG teams at some of the very same houses of worship. So which is it? Guards but only some guards? On duty but not off duty? Mr. Mayor, leadership demands consistency not hypocrisy.

We continue to closely monitor the active shooter incident in Pittsburgh. Currently, there is no nexus to New York City.

However, we have redeployed our Counterterrorism teams out of an abundance of caution. #NYPDProtecting pic.twitter.com/b9ofQnwtgz

I would go further to say that the President understands maybe more than you, that worshipers are sitting ducks and helpless to defend themselves as long as current gun ownership rules favor criminals and not victims. Shockingly, you took a cheap political shot on the backs of the Pittsburgh victims whose blood was still warm. Disgusting and disgraceful.

We should never blame the victims in an attack like this, we should never suggest that a house of worship should have an armed guard to do religious observances. This is not America. And this is certainly not New York City. https://t.co/QZItymPlY9

While we appreciate your multi faith press conference on Sunday to denounce anti-Semitism, standing with Al Sharpton, a long time instigator against the Jewish community showed that today was more political theater than actual mourning for victims.

Here is the bottom line. We appreciate extra police and will always welcome them. But unfortunately law enforcement is just not enough anymore. Response times vary and minutes mean lives. Responsible leaders are beginning to understand that arming worshipers quietly and professionally can reduce fatalities in an active shooter scenario.

Many believe that the time has come for Jews to finally do what our ancestors couldn’t do in Europe, arm ourselves. We want to be able to protect our own synagogues and Schools. Currently, laws in liberal States like NY make it nearly impossible to get a concealed carry permit.

If you really care about us as you say, gun licenses should be made legal right here in NYC on a case by case basis so that safety and security means just that.‎ We would be willing to work hand in hand with law enforcement professionals to devise a workable plan that provides oversight and security. The time has come to revisit how Jews protect themselves.

As part of our daily counterterrorism deployments, we continue to have a presence at many religious institutions throughout the City.#NYPDProtecting pic.twitter.com/xaE0XCYSQW