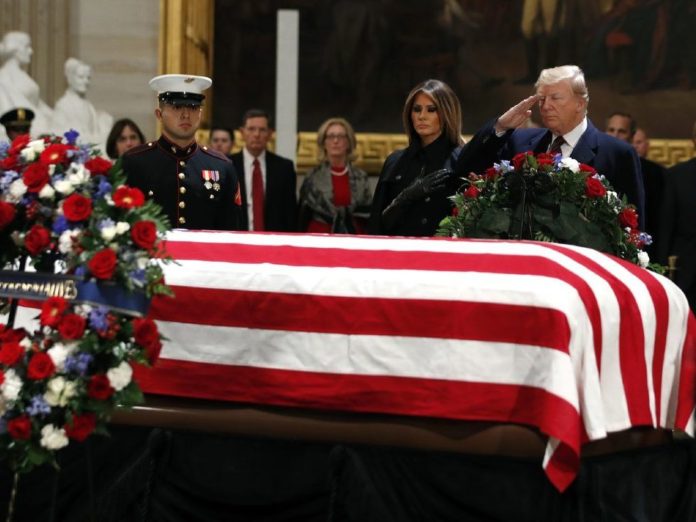 The New York Stock Exchange and Nasdaq said over the weekend that they will close trading Wednesday in observance of a national day of mourning for Bush. The federal government will also be closed.

The NYSE also said it will display the U.S. flag that flies above the New York Stock Exchange at half-staff in honor of the former president.

U.S. traders also observed a moment of silence before markets opened on Monday in honor of Bush.

The last time U.S. markets closed outside of a holiday was on two consecutive days in late October 2012 because of Hurricane Sandy. The last closure due to the death of a U.S. president was Jan. 2, 2007, when the markets observed a national day of mourning for President Gerald R. Ford.

The United States Postal Service has also announced Post Office locations will be closed on Wednesday and regular home delivery will be suspended. Limited package delivery will continue.

“We will provide limited package delivery service on that day to ensure that our network remains fluid and we do not experience any impacts to our package delivery operations that might negatively affect our customers or business partners during the remainder of our busy holiday season,” the agency explained.

President Donald Trump signed an executive order Saturday, a day after Bush’s death, directing federal agencies and departments to close “as a mark of respect for George Herbert Walker Bush, the forty-first President of the United States.”