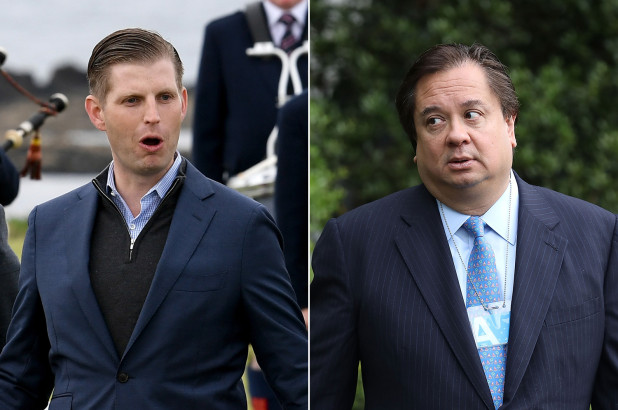 One of President Donald Trump’s adult sons is criticizing the husband of White House counselor Kellyanne Conway for his frequent vocal and public criticism of the Trump administration.

Eric Trump tweeted Monday night that, “Of all the ugliness in politics, the utter disrespect George Conway shows toward his wife, her career, place of work, and everything she has fought SO hard to achieve, might top them all.”

George Conway had tweeted and retweeted several messages suggesting a Trump tweet earlier in the day had amounted to witness tampering and obstruction of justice.

He later retweeted several biting responses to Eric Trump’s comment, including one taking aim at his father’s alleged infidelities.