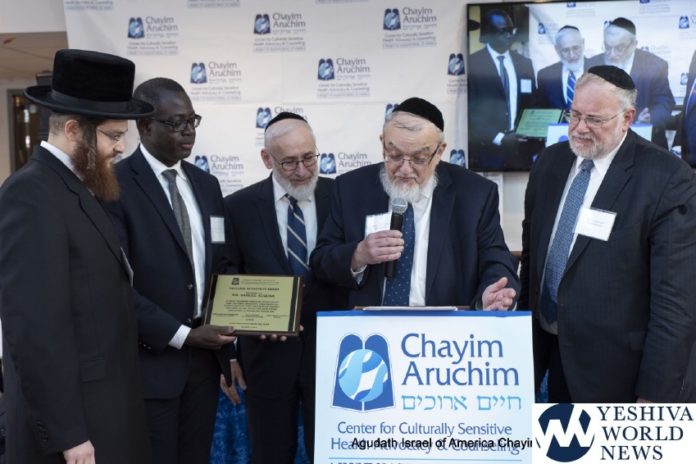 Roger Severino, director of the United States Department of Health and Human Services’ Office for Civil Rights, was the guest speaker at an informative briefing presented by Chayim Aruchim, a project of Agudath Israel of America, championing every individual’s right to exercise their religious freedom even when faced with life-threatening illness.

Physicians, executives, board members, lawyers and healthcare providers representing more than 15 medical institutions and communal organizations in the Greater New York area took part in the event which took place at the Boro Park Center. The briefing opened with words of welcome by Chayim Aruchim president Rabbi Shmuel Lefkowitz who discussed the agency’s growth, including its 24 hour hotline manned by the nine members of Machon Chayim Aruchim, all of whom have been trained by Rabbi Zvi Ausch and prominent physicians in both medicine and Jewish law. Rabbi Lefkowitz also acknowledged Chayim Aruchim’s discharge consultant, Mrs. Leah Horowitz, whose continued diligent efforts have benefitted countless patients and families over the last several years.

Rabbi Gedaliah Weinberger, Chayim Aruchim’s chairman of the board, introduced the event’s guest speaker Mr. Severino, who expounded on the importance of allowing expressions of faith in health care, a constitutionally protected right that has come under threat with the growing wave of secularism. Mr. Severino noted that his office is dedicated to ensuring that moral convictions and religious liberties are respected, and observed that accommodating a patient’s religious beliefs is essential to treating the whole person, both body and soul. 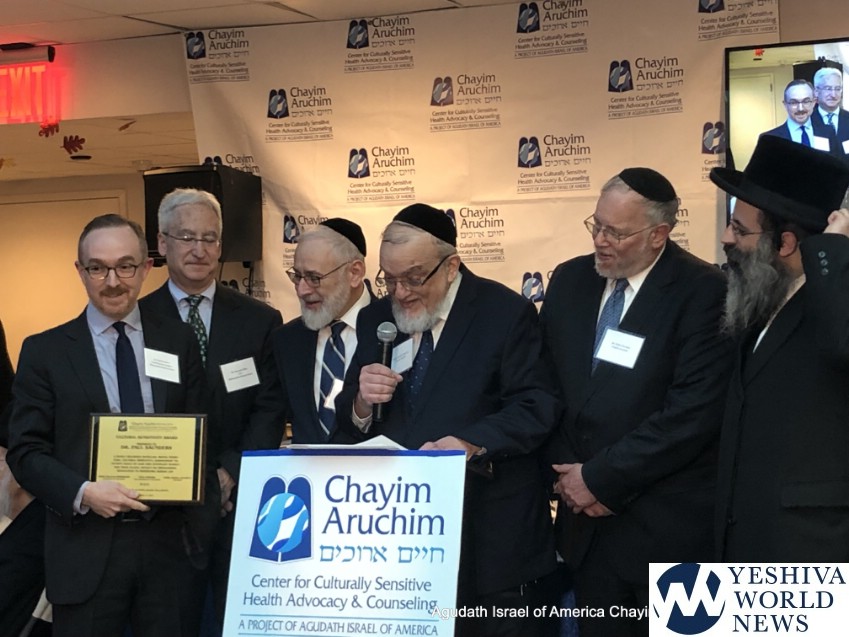 The event concluded with a 15 minute Q&A session that had Mr. Severino addressing multiple concerns voiced by participants. Among the questions raised was an inquiry by Rabbi Eliezer Gewirtzman, one of the rabbonim of Chayim Aruchim, who was informed by Mr. Severino that Alzheimer’s is classified as a disability, a distinction that awards patients the same protection from discrimination under federal law as any other disabled individuals, making it mandatory for health care facilities to respect the rights of all Alzheimer’s patients.

Speaking after the event, Jeff Kraut, executive vice president for strategy and analytics at Northwell Health, observed that Chayim Aruchim’s mission has proven to be extremely timely in an era where the focus on end of life care has shifted towards discontinuing medical treatment for those whose prognoses seem less than positive. 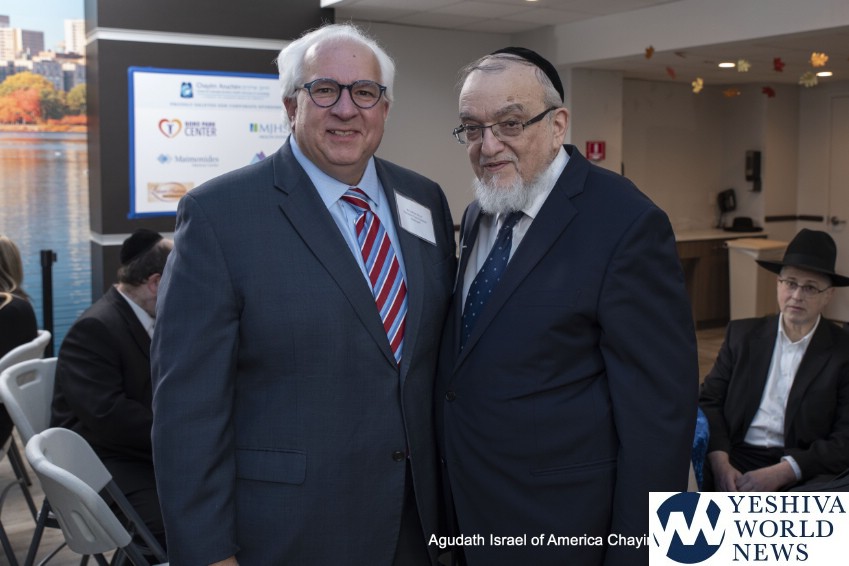 “We have had a very productive relationship with Chayim Aruchim, entering into a conversation about ensuring that all patients treated in our health system have all of the options available to them, ranging from palliative care to any and all treatments that are available,” said Mr. Kraut. “We appreciate the dialogue that has been opened up here which is making sure that we understand the range of perspectives on this issue and making sure that we respect those perspectives.”

Cultural sensitivity has become a crucial component of health care, one that has yielded encouraging results, observed Mr. Severino.

“HHS has done a lot on this front to educate providers that you have to treat the whole person,” said Mr. Severino. “That means recognizing where they come from, and that manifests itself in various ways including language issues, cultural issues and religious issues. The more sensitive providers are to patients’ needs and patients’ perspectives, the better the health outcomes.” 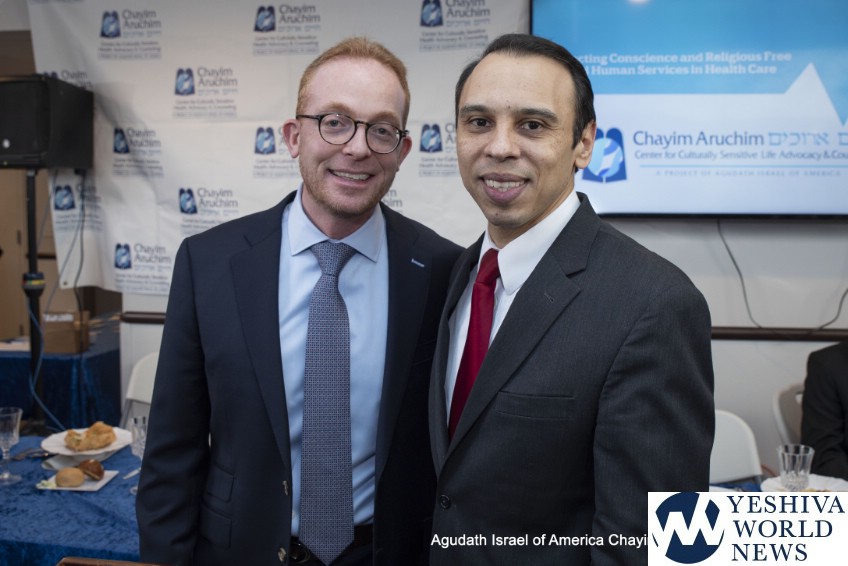 Establishing a working relationship with federal agencies that are dedicated to preserving the civil rights of all Americans has been a significant accomplishment, noted Rabbi Weinberger.

“Being able to talk directly with people at that level is very, very important for right now, and we know that looking ahead to the future, we have an open door through which to speak and that is really of tremendous value,” said Rabbi Weinberger.

Those thoughts were echoed by Rivie Schwebel, Chayim Aruchim’s vice chairman of the board, who said that it was extremely encouraging to be receiving positive support from the highest levels of government. 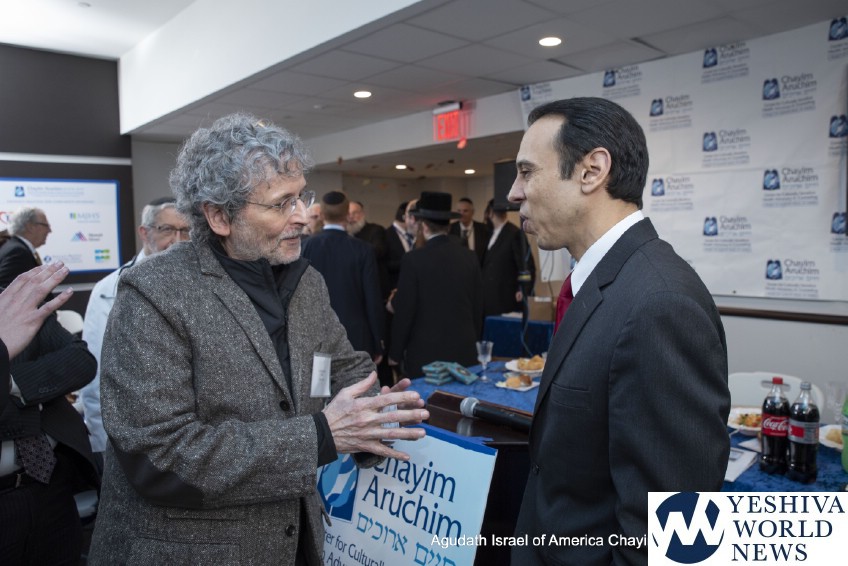 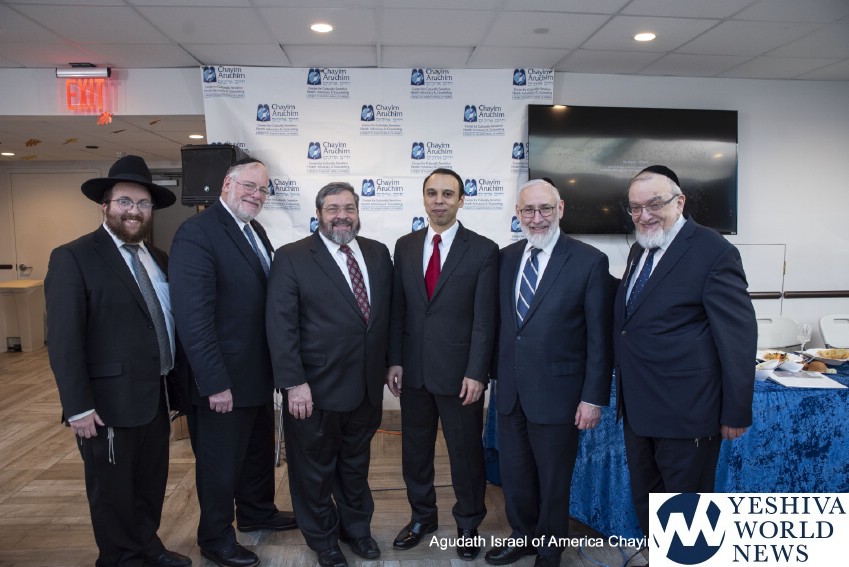 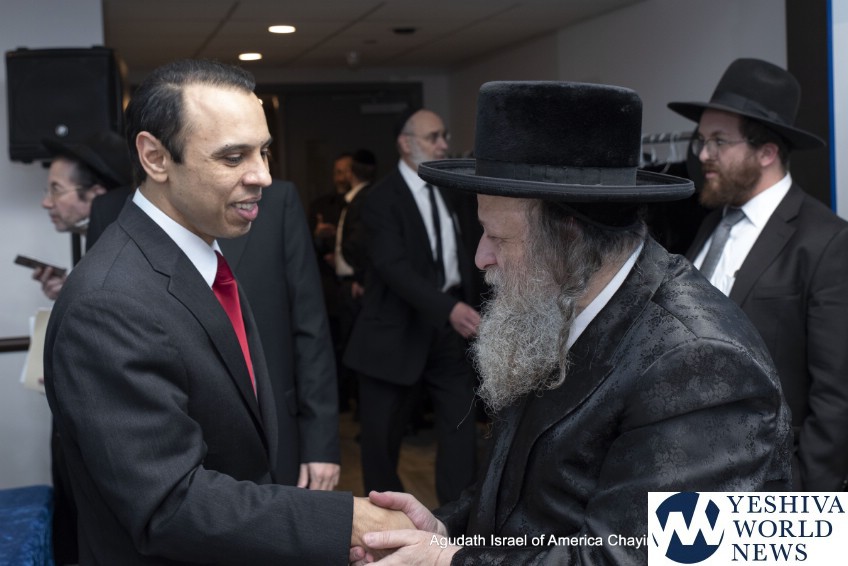