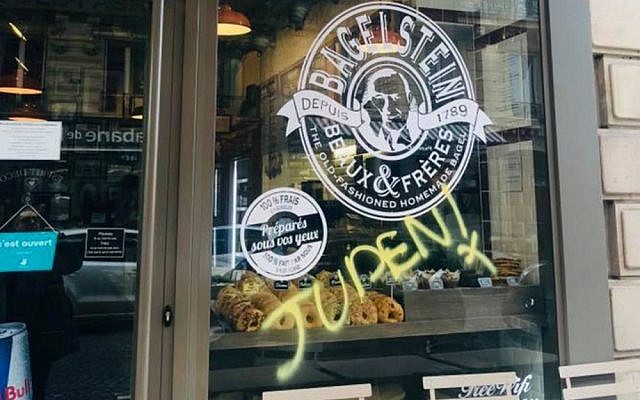 Police are investigating anti-Semitic graffiti that was found sprayed across a bagel shop in the old Jewish quarter of Paris.

Police in the French capital said Sunday the word “Juden”, which is German for Jews, was discovered Saturday as anti-government protesters and police forces clashed in other parts of the city.

The French League Against Racism and Anti-Semitism showed a photograph of the bagel shop graffiti alongside a photo of a Berlin shop that was marked in a similar way in 1938 Germany.

The Representative Council of Jewish Institutions in France, or CRIF, expressed “indignation and anger after the discovery of a revolting anti-Semitic tag on the window of a Bagelstein shop.”

The group says it was an “act that recalls the darkest hours of history.”