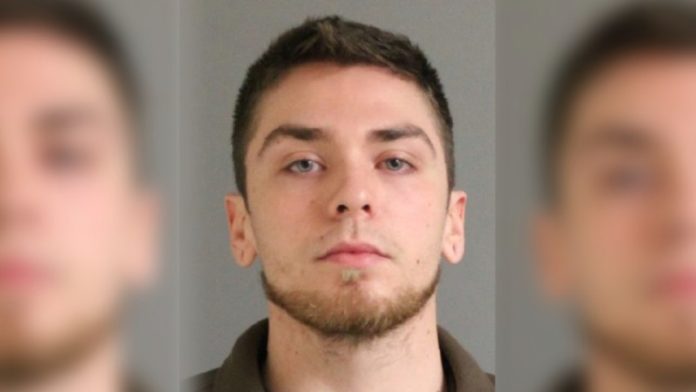 The arrest of a New York man on charges of harassing a Jewish co-worker at a health food store is the latest in a rising number of anti-Semitic episodes reported in New York, Gov. Andrew Cuomo said Friday.

The Democrat joined state police Superintendent Keith Corlett for the announcement of the arrest of William Sullivan, 21, of Saugerties, on a misdemeanor count of aggravated harassment.

Police said the conflict occurred March 11 at Mother’s Earth’s Storehouse in Ulster, outside Kingston, 50 miles (80 kilometers) south of Albany. The female employee was in the produce cooler with another co-worker when Sullivan appeared in the doorway, shut off the lights and told her, “You’re in the gas chamber now,” and then insulted her Jewish faith with an expletive, troopers said.

Corlett said the woman told her managers about the encounter and later reported it to police, who haven’t released the woman’s name.

The store’s owner, Kevin Schneider, told the Daily Freeman of Kingston that Sullivan was fired and that the woman has quit. Schneider, who also owns stores in nearby Saugerties and Poughkeepsie, didn’t return a call seeking details.

The 40-year-old company posted a statement on Facebook apologizing for the “immense upset” to the community.

“The situation has been handled and the employee is no longer employed by us,” the statement said. “We have never, nor will we ever tolerate hate.”

Troopers said Sullivan was issued an appearance ticket and released. He is scheduled to appear in court Tuesday. It was unclear whether Sullivan has a lawyer who could comment.

While it’s unusual for the governor to participate in news conferences announcing a misdemeanor arrest, Cuomo’s office said he made the trip to Kingston to bring attention to the rise in anti-Semitic episodes in the state this year. Cuomo called the latest sad, disturbing and frightening.

“What makes it worse, frankly, is that this is not an isolated situation,” he said. “We have been seeing a growing number of anti-Semitic activity.”

Cuomo said there have been about 10 such instances since early January, including separate attacks on three Orthodox Jewish men in Brooklyn and the defacement of public spaces in New York City and on Long Island with swastikas.

The governor also mentioned the mass shooting at a synagogue in Pittsburgh in October that left 11 Jewish worshippers dead and last week’s massacre of 50 Muslims at two mosques in New Zealand as examples of “a virus of hate” that is spreading across the globe.

“This is something that everyone must be concerned about,” said Cuomo, a Roman Catholic who noted that his two brothers-in-law are Jewish.