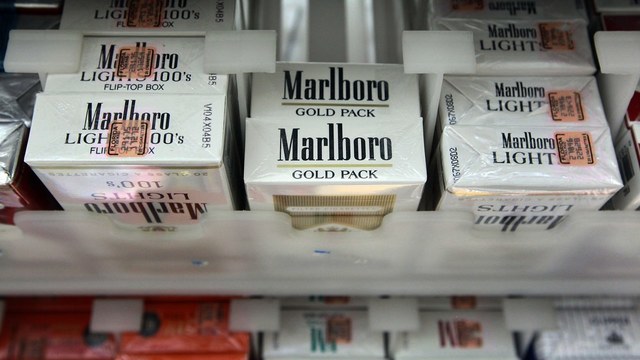 The Democrat-controlled New York Senate passed legislation Monday putting the state a step closer to joining seven others where the legal age for buying cigarettes and electronic cigarettes has been raised from 18 to 21.

The state Assembly, also controlled by Democrats, passed its own legislation last month.

Democratic Gov. Andrew Cuomo also supports raising the age to 21 for purchasing cigarettes and is expected to sign the legislation. Once that happens, the new law will take effect in 120 days.

“The lifelong health effects of tobacco cannot be overstated and in New York we are committed to doing everything in our power to keep tobacco products out of the hands of young people,” Cuomo said in a statement after the Senate passed the bill.

The measure will prohibit cigarette sales to anyone under 21. Seven states and hundreds of U.S. municipalities already have similar laws in place. In New York state, 21 is the minimum age for buying cigarettes in 15 counties and New York City.

The Senate legislation is sponsored by Diane Savino, who represents parts of Brooklyn and Staten Island. The measure was sponsored in the Assembly by Linda Rosenthal, of Manhattan.

Before her measure was brought to a vote, Savino told Senate colleagues how she began smoking at age 12, sneaking in a pack of cigarettes for herself when she was sent to a store near her family’s Queens home to buy smokes for her mother, father and grandfather.

“No one thought there was anything wrong with a 12-year-old buying cigarettes,” said Savino, who no longer smokes. “Smoking will kill you if you start.”

The move toward raising the legal age of purchase to 21 in New York drew praise from anti-smoking advocates and tobacco industry lobbyists alike.

Julie Hart of the American Cancer Society Cancer Action Network called the move “a no-brainer” given national studies have shown 95 percent of smokers start before they’re 21.