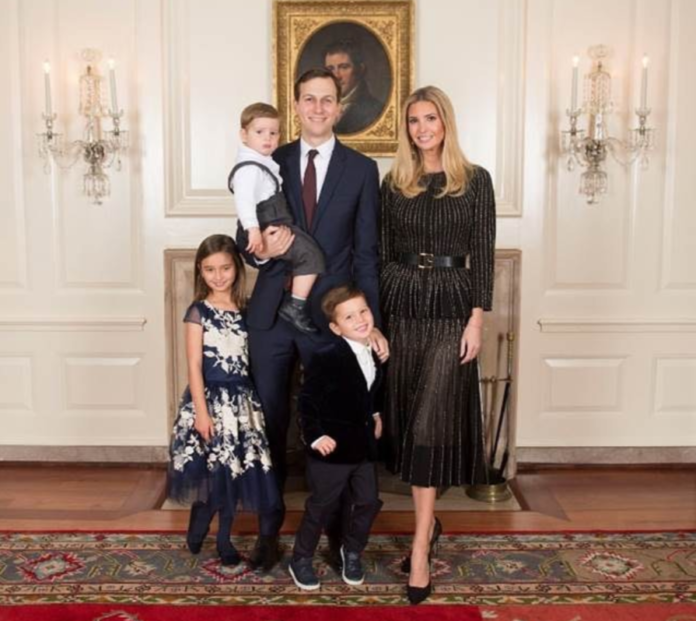 Ivanka Trump and her husband Jared Kushner are in Wyoming for Pesach.

The Wyoming Tribune Eagle reports the couple arrived at Cheyenne Regional Airport in President Donald Trump’s personal Boeing 757 Thursday before heading to Saratoga, a resort town about 150 miles away (population: 1,686).

The 153-foot jet emblazoned with the Trump name attracted dozens of onlookers, many of whom took photos and video.

“Trump Force One” also brought the couple to Cheyenne on their way to Saratoga last Pesach and stayed for the whole week. City leaders were allowed to take a tour of the private jet – a symbol of Trump’s 2016 campaign now used by members of his extended family. That raised questions about whether having a plane parked at a small airport amounted to an advertisement for the president.

This time, the plan is for the plane to leave and return next week to take the couple home.

#trump plane was in Cheyenne…so of course we took these 2 cute kids to see it! pic.twitter.com/sYV1S6qGqk

Cheyenne Regional Airport billed the family $11,600 in 2018 for a similar trip, prompting ethics questions about who pays for the travel and whether landing at a small airport can be considered an advertisement for Trump's brand. https://t.co/psJKdx3BGs

One of the most expensive 757's in the air today. @realDonaldTrump plane. #cheyenne #Wyoming #Trump #757 #Boeing pic.twitter.com/Ti0C1ckNyS