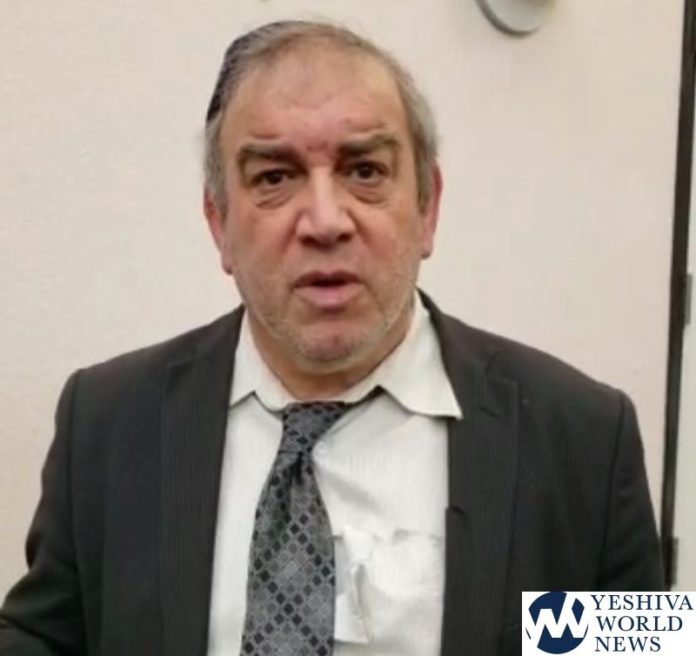 The man seen in this video is Dr. Howard Kay. He is the husband of Lori Kay HY”D, who was gunned down in the shooting attack at Chabad of Poway. He buried his wife yesterday, but with incredible strength, he delivered a powerful message to be delivered to world Jewry.

Directly behind him you can see a bullet hole, left there from the gunman as he went on his killing spree this past Shabbos, the last day of Pesach, which left Lori killed, and others wounded.

The video was taken by Rabbi Eli Gewirtz, the founder and National Director of Partners in Torah.

Yosef Chaim Perlman was Dr. Kay’s Chavrusa (study partner) for seven years through “Partners in Torah”, and both Perlman and Gewirtz flew to San Diego to be at the Levaya.

Rabbi Perlman spoke at the Kevura.

In this video, Dr Kay calls on world Jewry to return to Judaism, telling everyone that there are organizations for that such as Chabad which can help people get started with “the Avodah, prayer and basic Torah and Mitzvos, and for Torah study there is Partners in Torah which has been very successful with me”.

Rabbi Gewirtz asks Dr. Kay “you are in middle of Shiva, your wife was just buried today after a huge tragedy, how do you have the presence of mind to speak about this today?”

Dr Kay simply responded: “Through Torah. My faith in Hashem.”

WATCH THE FULL VIDEO BELOW

[Op-Ed By Shooting Victim Rabbi Yisroel Goldstein: A Terrorist Tried To Kill Me Because I Am A Jew. I Will Never Back Down.]