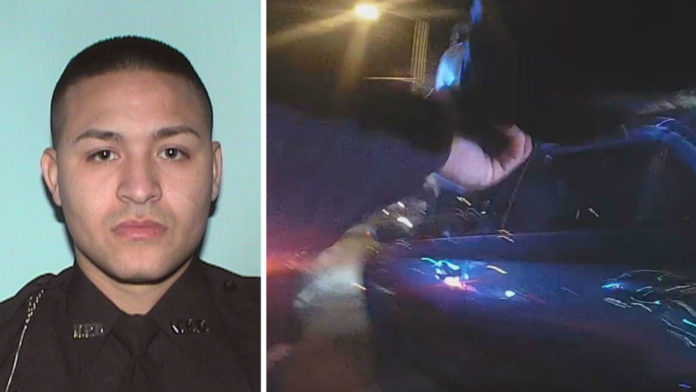 A police officer in New Jersey’s largest city has been indicted following a wild chase in which he repeatedly got out of his patrol car and opened fire, leaving one man dead and another wounded.

Body cam video captured the chaotic chase on Jan. 28 when another officer radioed she was pursuing a vehicle and she had seen a gun. Crespo jumped out of his car three times and fired at close range.

When the car stopped, the driver and passenger were both shot in the head. The driver died the next day.

The police union is supporting the officer.