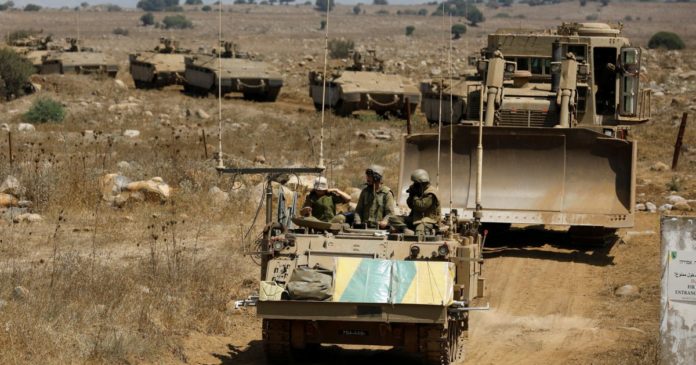 Shomron Regional Council leader Yossi Dagan is furious with the decision to permit armored vehicles into the PA (Palestinian Authority).

Dagan attacked the decision-makers and said, “The total abandonment of human life at unacceptable risk, both the lives of IDF soldiers as well as the residents of Yehuda and Shomron – and everyone understands that providing armored vehicles with machine guns for terrorists in uniform is a decision that could cost many lives”.

Dagan added, “Many of the terrorist attacks throughout Yehuda and Shomron in which soldiers and Jewish citizens were murdered were carried out by or with the assistance of Fatah soldiers or PA policemen. Edo Zoldon, Rav Meir Chai, Ben Yosef Livnat, Avitar Borovsky and many others were murdered by PA policemen or the Palestinian security services.

“It is really amazing that the people who stated in demonstrations ‘do not give them guns’ during the Oslo period, are now giving them armored vehicles. I call on those who made this unfortunate decision to regain their composure and reverse it. After they failed to fill the security gaps throughout Yehuda and Shomron for NIS 400 million, they cut the number of security forces, and now, they are giving the enemy armored vehicles. It is unbelievable”.

The head of the Southern Hebron Hills Regional Council, Yochai Damari echoed Dagan’s words. “When we shouted ‘don’t give them guns’ they thought that we were hallucinating. When we warned the expulsion from Gaza will lead to rocket attacks, they called us false prophets.

“Why do the Palestinians need armored vehicles? Who exactly is shooting at them? The price for this erroneous decision will be paid by our residents and soldiers. Stop before it is too late”.

Also commenting on the decision by Israel this week to give the PA ten armored vehicles from the European Union for the PA security forces was the chairman of the Yesha Council, Chananel Dorani.

“The very embodiment of this decision is absurd. Yesterday, it was reported that a senior PA employee, along with an attorney who worked with him, were arrested for shooting attacks and today they bring armored vehicles to their friends. This is a strange and dangerous step. For as long as the PA continues to pay salaries to terrorists to incite to terrorism, and it continues, there is no reason to continue this aggrandization and to support it economically and militarily”.