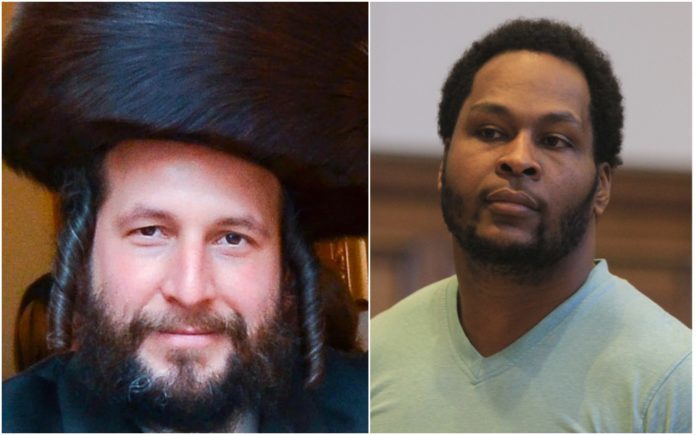 Brooklyn District Attorney Eric Gonzalez today announced that a Crown Heights man has been sentenced to 24 years to life in prison for the kidnapping and murder of Williamsburg businessman Menachem Stark during a botched abduction in 2014.

District Attorney Gonzalez said, “This defendant orchestrated the callous kidnapping that led to the murder of Menachem Stark, a husband, father and beloved member of the Williamsburg community. With today’s substantial prison sentence this defendant has now been brought to justice and held accountable for his role in this senseless loss of life.”

The District Attorney identified the defendant as Erskin Felix, 40, of Crown Heights, Brooklyn. He was sentenced today by Brooklyn Supreme Court Justice Danny Chun to 24 years to life in prison. The defendant was convicted of first-degree kidnapping, second-degree murder and tampering with physical evidence on April 8, 2019, following a jury trial.

The District Attorney said that, according to trial testimony, on January 2, 2014, at approximately 11:30 p.m., during a blizzard, the defendant and his cousin Kendel Felix, 31, ambushed Menachem Stark, 39, on the street as he left his office, located at 331 Rutledge Street in Williamsburg, and abducted him with the intention of holding him for ransom. Erskin Felix worked as a contractor for the victim and his cousin, Kendel Felix, did construction work for him.

After the victim fought unsuccessfully to escape, the defendants forced him into a Dodge minivan, bound his arms and legs with duct tape, taped his mouth and placed a ski mask over his head. Kendel drove away while Erskin restrained Stark in the back of the van by sitting on his chest, according to testimony. Erskin and Kendel picked up defendant Kendall Felix (Erskin’s brother) and they drove to the home of Irvine Henry (another cousin), the evidence showed.

Upon arrival, they discovered that the victim was dead due to Erskin’s actions in trying to subdue him, according to the evidence. The defendants attempted to return to the kidnapping scene to retrieve the victim’s Lexus SUV, but saw police on the scene.

Erskin then directed Kendel and Kendall to drive to Long Island to dispose of the body, the evidence showed. They drove to Nassau County, threw the body in a dumpster and set it on fire.

Approximately 17 hours later, a Nassau County police officer found the partially burned body in a garbage dumpster behind a gas station in Great Neck, Long Island. An autopsy determined that the cause of death was asphyxia by compression of the neck and chest.

Kendel Felix was sentenced to 15 years to life in prison on May 1, 2019. A jury convicted him of first-degree kidnapping and second-degree murder in September 2016.

Kendall Felix was sentenced to 2 1/3 to 7 years in prison on March 27, 2019 following his guilty plea to second-degree conspiracy and first-degree hindering prosecution over the objection of the prosecution.

Irvine Henry was sentenced to three months in prison on May 1, 2019 following his guilty plea to attempted tampering with physical evidence.