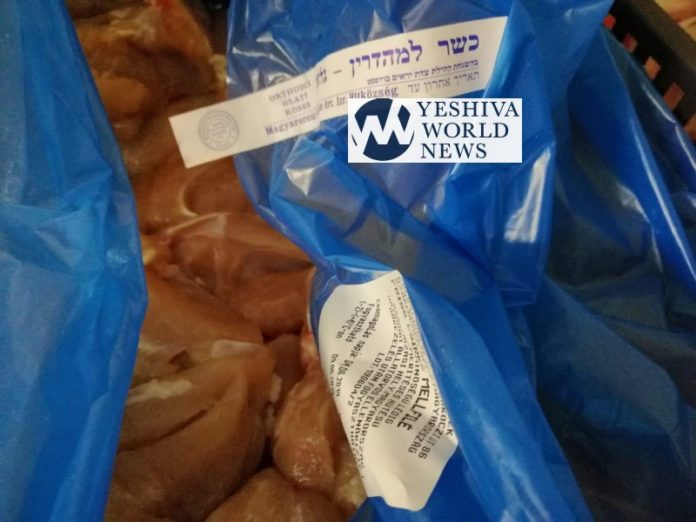 The Charedi community of Antwerp was incensed today after it was reported that a man posing as a Charedi man selling Kosher meat in the city, was exposed for selling Neveilos in place of Kosher chicken. What’s worse, the suspect had claimed that he had a hechsher (certification) from the Rabbonim of the city.

The issue has become a trend of late and the Rabbonim have issued a series of proclamations denouncing any kosher certification given to butchers and sellers in the city.

Rabbi Yaakov Dovid Schmahel, Dayan of the Shomeri Hadas community of Antwerp was one of the signers on the letter, as were the Rabbonim of the Sephardic community in the city.

In one of two letters published today, the Rabbonim urged the community to: “not only look at the sticker advertising the meat as kosher, but to inspect the sticker and only purchase meat that has the stamp of a Rav Hamachshir whom the consumer knows as being trustworthy as there have been to many cases of falsified hechsherim being given. In addition, the Rabbonim clarified that certain local stores are operating without a hechsher and are not under the supervision of the Rabbinic Council.

Over the past few days, the Jewish communities in Europe have been dealing with the falsification of hechsherim letters that have allowed non-kosher meat, both treif and neveilos to be sold to Jewish customers. The leading suspect in the investigation is a man who has been impersonating a Charedi man. It was also recently discovered that communities in Hungary and Austria have suffered from the same con-artist. 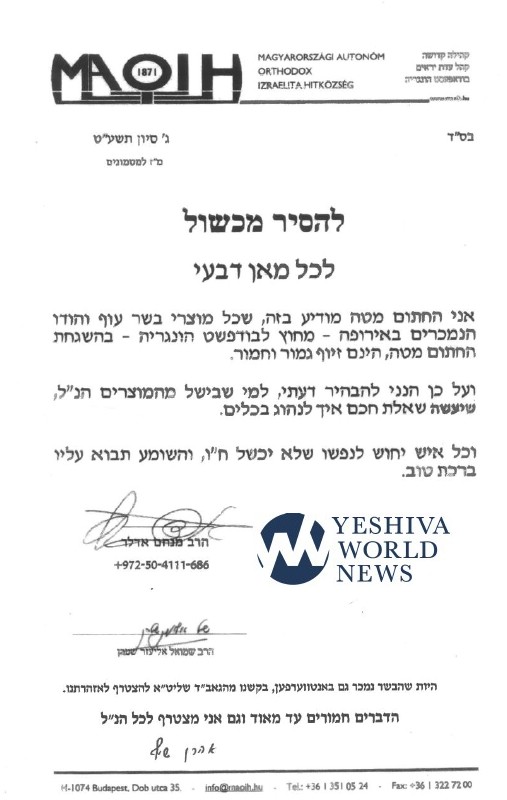 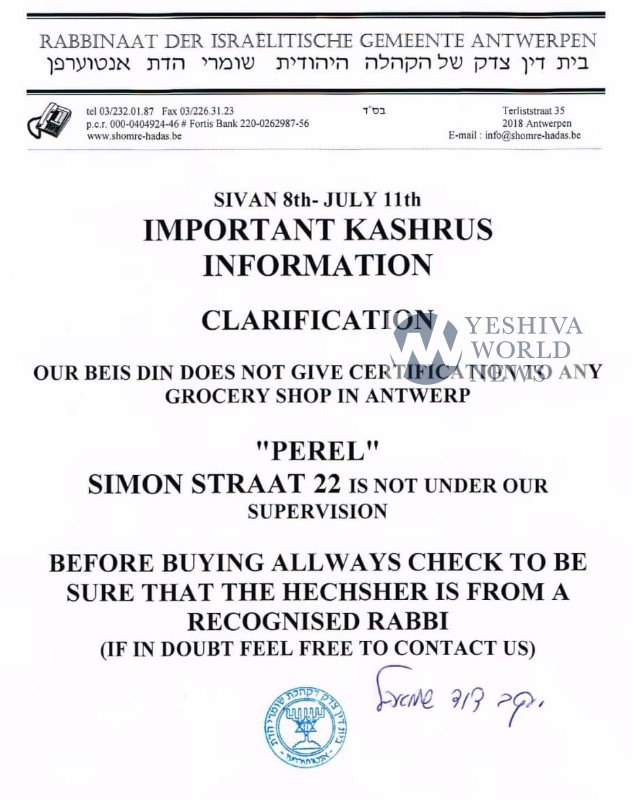 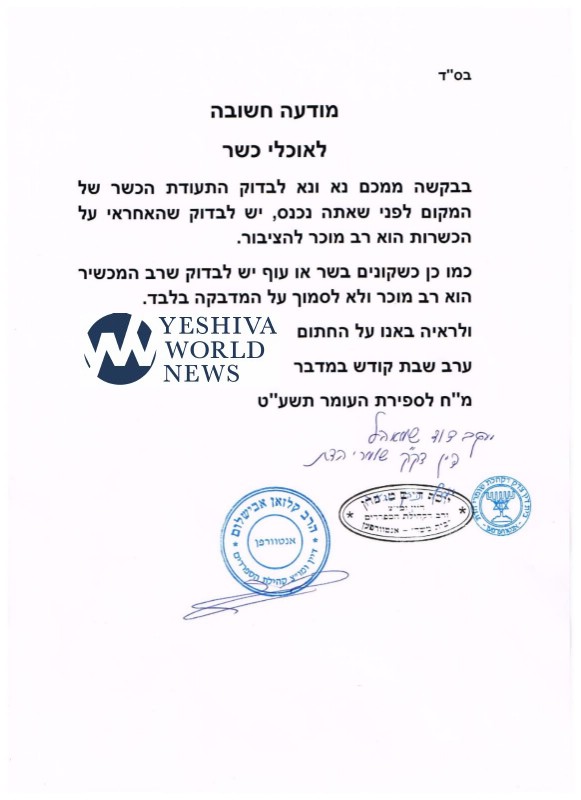