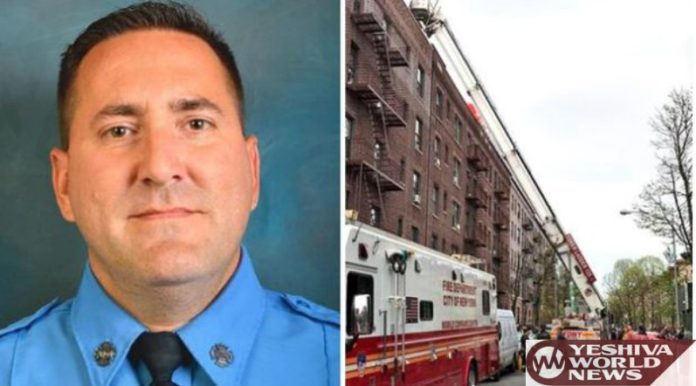 Investigators have found that problems with a fire truck basket apparently led to a New York City firefighter’s fatal fall in April 2017.

Investigators found Tolley was having trouble steering a fire truck basket and asked another firefighter to raise it.

Investigators say Tolley wasn’t harnessed to the basket. They say he might have removed the harness to look around for the cause of the steering problem.

For reasons investigators couldn’t determine, the basket lurched, and the door unlatched. Tolley was thrown to the ground.

Investigators say Tolley and the other firefighter followed the department’s standard operating procedures.