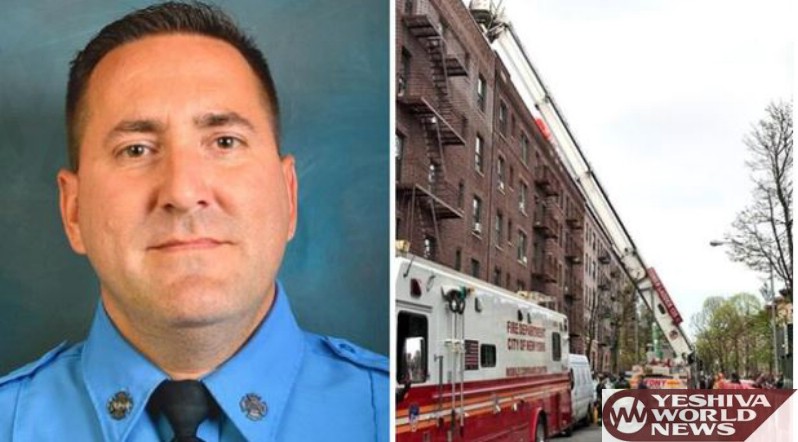 The investigation into the death of a 14-year veteran firefighter of the FDNY, in Queens, will center on a ladder and the immediate moments before he fell.

Firefighter William Tolley, 42, of Bethpage, was killed when he fell to the ground while battling a fire at an apartment building in Queens Thursday afternoon.

Investigators are reviewing video that shows the ladder on the Ladder 135 truck swaying as Tolley fell, which matches similar witness accounts. The firefighter may have been moving between the roof and the bucket at the top of the ladder when he fell.

Tolley was going to the roof to help ventilate the building, a routine maneuver. He was not fighting the fire, which officials said “was not under control, but was mainly extinguished” at the time.

Tolley is survived by his wife, Marie; 8-year-old daughter, Isabella; brother, Bobby; and both of his parents. He spent his entire FDNY career with Ladder 135.

The last firefighter killed in the line of duty was Deputy Chief Michael Fahy, who died in an explosion at a marijuana grow house in the Bronx on Sept. 27, 2016.