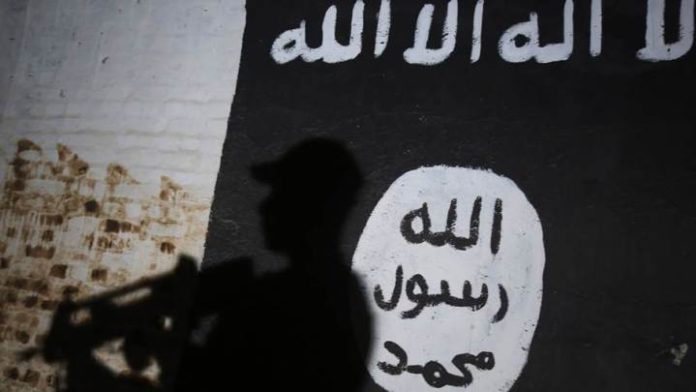 A U.S. judge cast aside prosecutors’ demand for a decades-long prison sentence for an American woman who admitted supporting the Islamic State, instead giving her four years behind bars Wednesday on defense assurances she wants to mend her ways.

With credit for time served, Sinmyah Amera Caesar will end up only serving about 18 months in prison after pleading guilty to charges accusing her of using social media to help recruit IS fighters under the nom de guerre “Umm Nutella.” She had also admitted violating a cooperation agreement with the government a — betrayal that infuriated prosecutors.

Before hearing the sentence in federal court in Brooklyn, the jailed defendant described herself as a lost soul who fell under the spell of extremist propaganda.

“I don’t blame others, I blame myself,” she said, reading in a flat tone from a prepared statement. “I understand the actions I took were wrong and I will never do it again.”

Prosecutors had vigorously argued in favor of advisory sentencing guidelines for terrrorism cases that called for the 24-year-old Caesar to serve 30 to 50 years in prison, saying she wasn’t trustworthy and could still pose a threat to national security if not neutralized by imprisonment.

On Wednesday, prosecutor Ian Richardson complained to U.S. District Judge Jack Weinstein that his sentence was “exceedingly low.” Weinstein, a liberal judge with an independent steak, responded that he had found defense evidence about Caesar’s ongoing battle to overcome a history sexual abuse and other childhood traumas convincing enough to give her another chance.

“She is well on her way to rehabilitation,” Weinstein said, adding the lenient sentence had the potential to “save her as a human being.”

Court papers had described the New Jersey-born Caesar as “a committed recruiter” who worked with “ISIS supporters in the United States to ISIS facilitators and operatives abroad.” After she was arrested trying to leave the country at Kennedy Airport, she offered information to the FBI about her IS contacts.

While out on bail awaiting sentencing in 2018, Caesar started reaching out to former associates, an effort that included “multiple attempts to contact at least one individual against whom the defendant proactively cooperated,” court papers say.