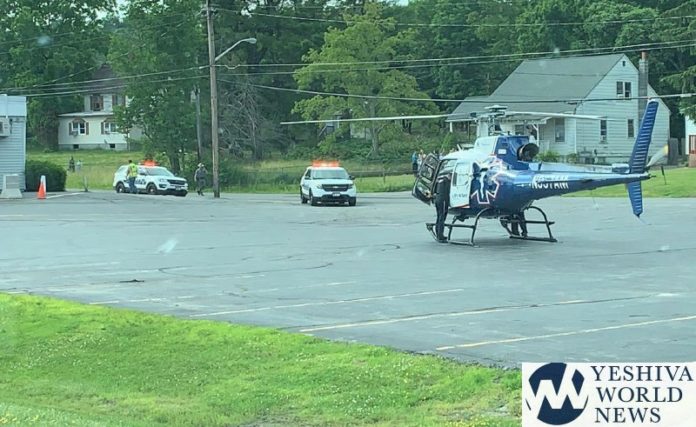 A man in his 30’s was being airlifted to a trauma center from Woodbourne on Tuesday afternoon.

MobileMedics were on the scene at Route 42 near Jones Terrace at 4:00PM, and were treating a man who was struck in the head by a piece of plywood. The man suffered a serious head injury.

A chopper landed at the Woodbourne Firehouse on Route 52 to airlift the victim to a trauma center.