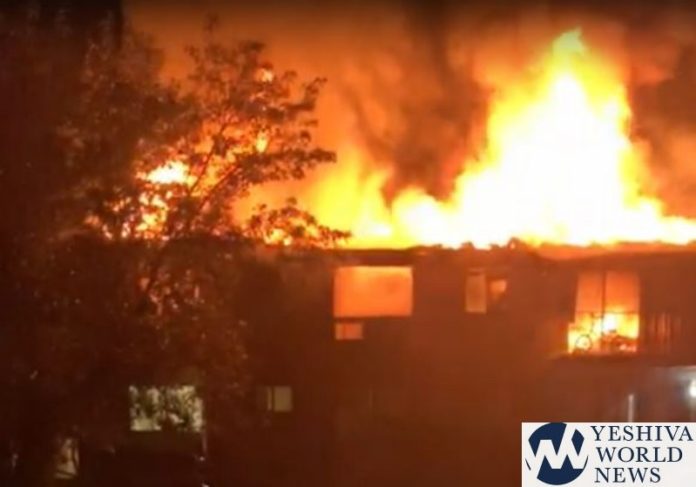 Lakewood Police say that the fire started at approximately 12:50AM, in the High-Point Condominium Complex. Upon arrival, emergency personnel found the entire building of 458 Prospect Avenue was engulfed in flames. Fast-acting police officers entered all 16 apartments and located people inside. All were evacuated safely.

Two adults and one child were severely injured and were transported to MMSC Hospital prior to the arrival of emergency personnel at the scene. Two of those victims were airlifted to burn centers. A third victims was transported by ground to a burn center.

During the incident, five Lakewood Police Officers were treated and released at Monmouth Medical Southern Campus for smoke inhalation.

Update from the Emergency Services Liaison Meir Lichtenstien at the scene.

BREAKING UPDATE: Sources tell TLS the child burn victim (in this video) was apparently thrown from the window by his mother in order to save him. They were both hospitalized. (TLS-15)