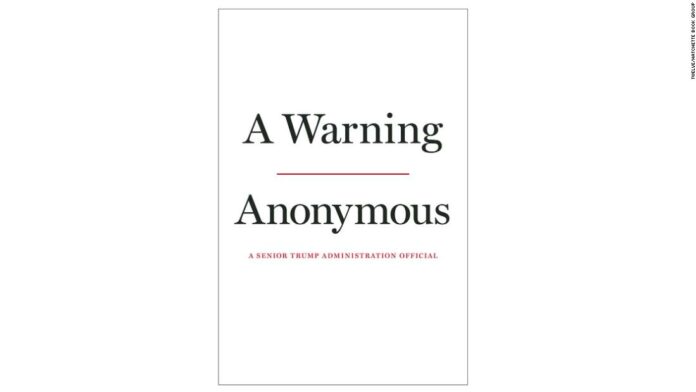 The Trump administration official who wrote an anonymous essay about resistance from the inside has a book deal.

The Hachette imprint Twelve announced Tuesday that “A Warning” will come out Nov. 19. It will likely set off the biggest Washington guessing game since “Primary Colors,” the fictionalized take on Bill Clinton’s 1992 presidential campaign that turned out to be written by journalist Joe Klein.

The essay appeared in The New York Times in September 2018 and stated that many within the administration were actively blocking some of Trump’s orders. Twelve is calling the book “an unprecedented behind-the-scenes portrait of the Trump presidency.”

According to the publisher, the author accepted no advance and will donate a portion of royalties to nonprofits that focus on accountability and “standing up” for truth in oppressive countries.