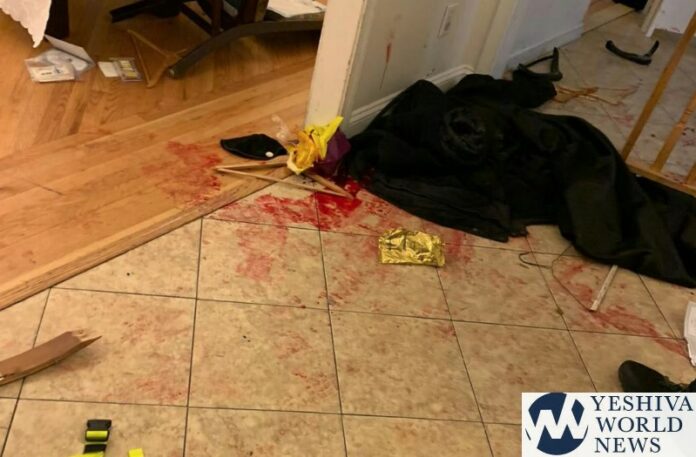 First we were told that the hate was caused by President Trump.

We knew it was a lie, because not one hate crime in NYC was carried out by a Trump supporter. Yet these are the talking points served to us by the liberal anti Trump establishment led by NYC Mayor Bill Deblasio and Governor Andrew Cuomo.

Let’s cut to the point.

Jews are sick and tired of the faux condemnations via tweet. ‎We are exhausted and incensed at the endless cycle of attack, tweet, statement, press conference, followed by twenty four hours of police coverage, rinse and repeat.

The Orthodox community is well within our rights to demand tangible action. Tragically the action we seek is the one thing our elected officials have been incapable or unwilling to provide, protection. A failure by our government at the very highest level.

Last night , before the blood on the floor of Rabbi Rottenberg’s home had dried – a Jewish person working for a prominent NYC elected official called YWN to ask us to publish his tweet which he said was “very strong condemning hatred and YWN should post it right away.‎”
‎
Seriously?‎ Is this what this is about? A race between politicians who can tweet a condemnation first?

We have had way more than enough.‎ Action not words is the only way forward for us.

YWN has demanded multiple times from Mayor Deblasio: List us the last 100 hate crimes in NYC, and tell us how many suspects were actually arrested. And from the few that were arrested, how many are actually still in jail? The answer remains zero. How can New Yorkers believe a word the Mayor says when the facts scream otherwise. We have no reason to doubt that his intent is likely good and he means well but unfortunately talk is cheap and Jewish blood is now flowing freely on his watch.‎ As uncomfortable as it is to say, The Mayor, as the Chief operating officer of NYC, is responsible for that bloodshed.

As for New York’s Governor, Orthodox Jews are onto him too. Does he think frightened Jews take any comfort in his disingenuous and artificial tweets? Like clockwork after every attack, he tweets that he is “directing the NY State Police Hate Crimes Task Force to investigate because hate has no home in New York” This boilerplate condemnation is now a running joke amongst political insiders. Here’s how it plays out (sounds familiar) attack, tweet, statement, rinse and repeat. Come on. How gullible does the Governor and his staff actually think we are?

ENOUGH IS ENOUGH!
‎
As we’ve called here before, President Trump must immediately direct US Attorney General Barr to prosecute anyone arrested for a hate crime with federal hate crime charges. The jail terms are lengthy and word will get out to the streets, commit a hate crime, pay a heavy price.
‎
YWN warns the political powers that if action is not taken soon, it’s only a matter of time before vigilante justice returns to New York like the bad old days. Nobody wants that but desperate times calls for desperate measures.

Mr. Mayor, respectfully we all know the justice system is broken. They are not being brought to justice. These perps, when caught, are let out almost immediately. Your Jewish constituents are pleading & demanding protection. We've been sounding the alarm. NYC is failing us. HELP! https://t.co/OkuIc5uzWJ

With all due respect @NYGovCuomo – I don’t care what you call it. If 95% of the perpetrators are released hours after they commit attacks, it’ll keep happening.

Until you show Jewish New Yorkers that you have our backs – not with words, but with actions, how can we feel safe? https://t.co/b74eObgtXn