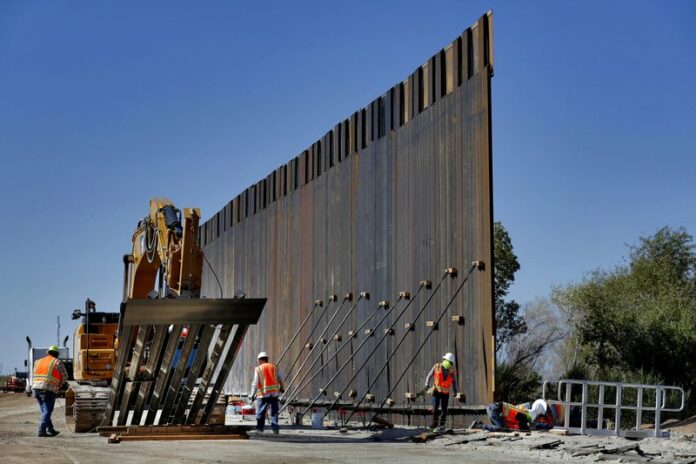 The Department of Homeland Security has asked the Pentagon to fund the construction of 270 miles of border wall this year as part of a counter-drug effort, defense officials said Thursday.

The officials said the request came in Wednesday, and the Pentagon is beginning what will be a two-week assessment to determine what will be approved. The officials, who briefed reporters on condition of anonymity, would not provide any cost estimates.

The request comes amid sharp divisions about the border wall between President Donald Trump and members of Congress who have opposed the use of military funding for the construction.

The border wall is one of Trump’s signature issues — he’s been talking about building a “big beautiful wall” between the U.S. and Mexico since his early campaign days. He also has claimed that Mexico is paying for the wall, but that has not happened.

Instead, money has been diverted from military construction projects and drug interdiction funding, setting up a persistent source of conflict between Democratic lawmakers and Trump in the budget bills each year.

Defense officials said the request is for construction or replacement of border barriers, lighting and roads in six sectors across several states. The six areas, the officials said, are high traffic areas that include some urban sections near border crossings.