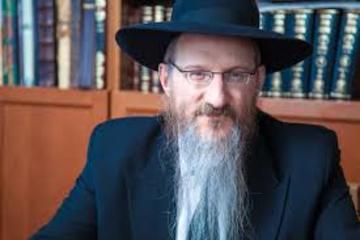 Sheikh Mowafaq Tarif, the spiritual leader of the Druze community in Israel was in Moscow last week and met with the Chief Rabbi of Russia, Harav Berel Lazar on Wednesday, the Hebrew website COL reported.

The meeting took place in the Rav’s office, on the fifth floor of the Moscow Jewish Community Center in the Marina Roscha neighborhood of Moscow.

At the meeting, the Sheikh Tarif asked Harav Lazar to assist Druze communities around the world as the Rav is known for his ties with Arab states. Recently Rav Lazer met with representatives of the King of Bahrain in his office as well as Qatari officials.

Harav Lazar even secretly visited Iran as part of an official delegation sent by Russian President Vladimir Putin in 2018.

As a representative of the Jewish community in Russia with no official US or Israeli ties, Harav Lazar can meet with representatives and communities of countries that are hostile to the West as well as Israel. Rav Lazar has a close relationship with Putin, who straddles a relationship with both Western countries and Israel as well as their fierce adversaries such as Iran and Syria.