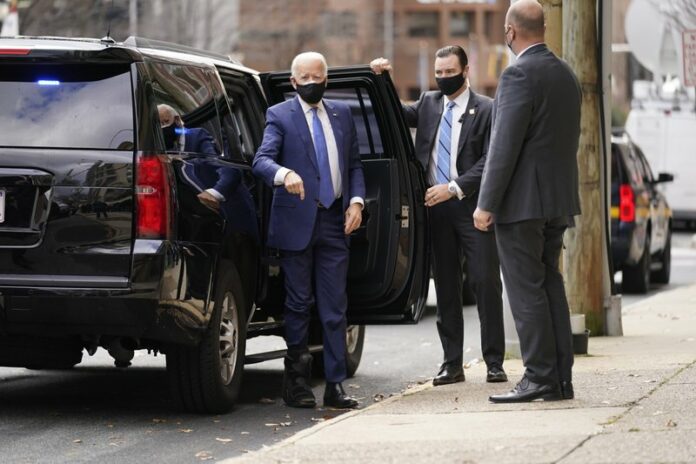 President-elect Joe Biden appeared at a theater in downtown Wilmington, Delaware, moving gingerly in a black walking boot he’s worn since breaking his right foot while playing with one of his dogs over the weekend.

The president-elect fractured two small bones in the middle of his right foot, according to Biden’s doctor, Kevin O’Connor.

The injury, while not serious, again intensifies scrutiny on Biden’s age, given that he recently turned 78 and will be the oldest president ever to enter office when he is inaugurated.

When asked about his foot when arriving at the theater, Biden declared only, “Good, thanks for asking.”