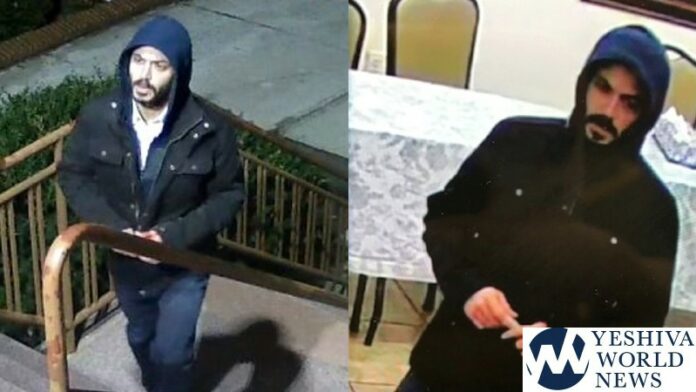 The NYPD are searching for a man who allegedly wrote “derogatory phrases” at four Shuls over the past weekend.

The NYPD tells YWN that that on Shabbos, December 26, 2020, between 12:20AM and 1:30AM, an unknown individual made graffiti using a marker on four different Shuls in Flatbush / Midwood.

The individual is described as a male with a light complexion, medium build, with a black mustache and facial hair, last seen wearing a blue hooded sweatshirt, a black jacket, blue jeans and black sneakers.

Flatbush Shomrim responded to all locations after Shabbos and assisted the NYPD is retrieving security camera footage that the NYPD is working with.